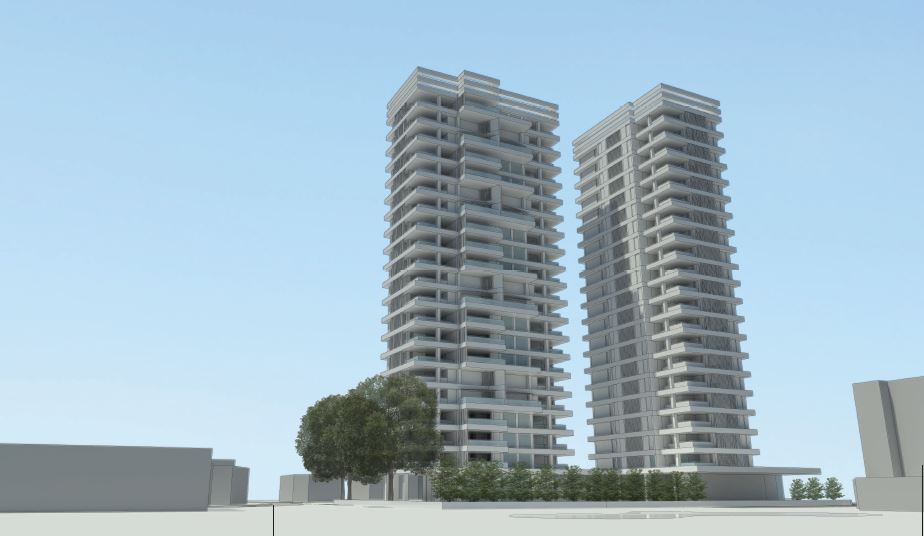 Two new towers called ‘Orion’ and standing next to Hilton Park in Nicosia will further boost the capital’s real estate market, according to an environmental study that has already been submitted by VASSOS MARKIDES ESTATES LTD.

The two 16-storey towers whose height is set to be 64 metres will have a total of 86 apartments.  The ambitious development is estimated to cost around €30 million.

‘Orion’ will have a private swimming pool, exclusive gardens but also a public green area and a square along with a pedestrian road.

The towers will have apartments of one, two and three bedrooms as well as a penthouse. A gym, sauna and concierge are also included, with the total number of tenants estimated to be between 180 and 220.

In addition, a total of 110 parking spaces will be available both for private and public use.

On the eastern side of the plot where the two towers will be erected is the Hilton Park Hotel, Engomi , an area which seems to be popular these days as far as development goes.

In March, DOMS GROUP submitted a proposal for the construction and operation of a four-star hotel consisting of a total of 144 rooms, plus restaurants, bars, gym,  spa, and a multi-purpose hall. If approved, it will be located just across the road from ‘Orion’.

‘Orion’ construction work is set to start before the year’s end and finish by 2021.