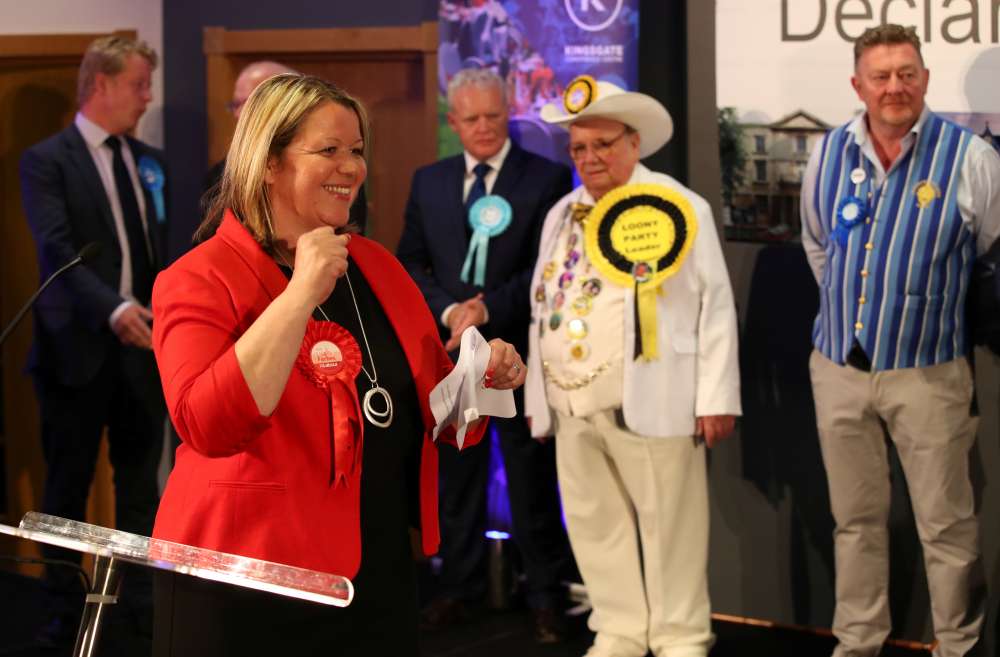 Britain’s opposition Labour Party narrowly held on to a parliamentary seat in eastern England on Friday, seeing off a challenge from Nigel Farage’s insurgent Brexit Party to win by less than 700 votes.

The Brexit Party, which only launched in April, swept to victory in the United Kingdom’s European Parliament election last month, riding a wave of anger over Prime Minister Theresa May’s failure to deliver Brexit on time.

It had hoped to replicate that success by winning its first seat in the British parliament at the election in Peterborough, which supported Brexit by 61% to 39% in the 2016 referendum.

“Despite differing opinions across our city, the fact that the Brexit Party have been rejected here in Peterborough shows that the politics of division will not win,” Forbes said in her victory speech.

Almost three years since Britain voted 52% to 48% to leave the European Union, lawmakers remain at loggerheads over how, when or even whether to leave the EU. May is quitting after failing to get her Brexit deal approved and the prospect of a “no-deal” exit has become central to the battle to replace her.

Forbes, who backed remaining in the EU in 2016 but said she respects the result of the referendum, said May’s successor should restart government talks with Labour leader Jeremy Corbyn that failed to find a way through the deadlock on Brexit.

“They should reach out straight away to the other parties,” she told Sky News. “I’ll support a deal that won’t make our constituents poorer, that protects their jobs, protects living standards.”

Labour, which along with the Conservatives saw its support slump at the European elections as voters expressed their frustration over the Brexit deadlock, is divided over whether to unequivocally support holding a second referendum.

Corbyn has so far only said the option of another Brexit vote should be kept on the table, along with a national election. The prospect poses a dilemma as many of the party’s supporters backed Brexit.

Asked whether she would support holding another referendum, Forbes said. “If there is an impasse in parliament that we just can’t get through, it may be that we end up there in the future … I’d like to see a deal.”

The Peterborough election was triggered when Labour’s Fiona Onasanya became the first member of parliament to be ousted in a recall petition, after she was jailed for lying about a speeding offence. She had won the seat from the Conservatives in 2017’s general election with a majority of just 607 votes.

Despite failing to win the seat, the Brexit Party’s lead over the Conservatives will increase the pressure on those running to replace May to pursue a cleaner break with the bloc.

Several of the candidates have warned of the threat from the Brexit Party if an election were held before Britain leaves the EU. Frontrunner Boris Johnson has said the Conservatives face “political extinction” at the next national election if Brexit does not happen by the current deadline of Oct. 31.

Farage played a leading role in the campaign to leave the EU and his Brexit Party supports quitting the bloc without a deal.

“Two parties have been ruling this country for decades, that is not happening anymore,” the Brexit Party’s Peterborough candidate Mike Greene told Sky News after the result.

“The party has only been going 7 weeks,” he added. “Of course we have made a breakthrough … in an election you will see more of the same and you will see us getting more seats all over the country.”