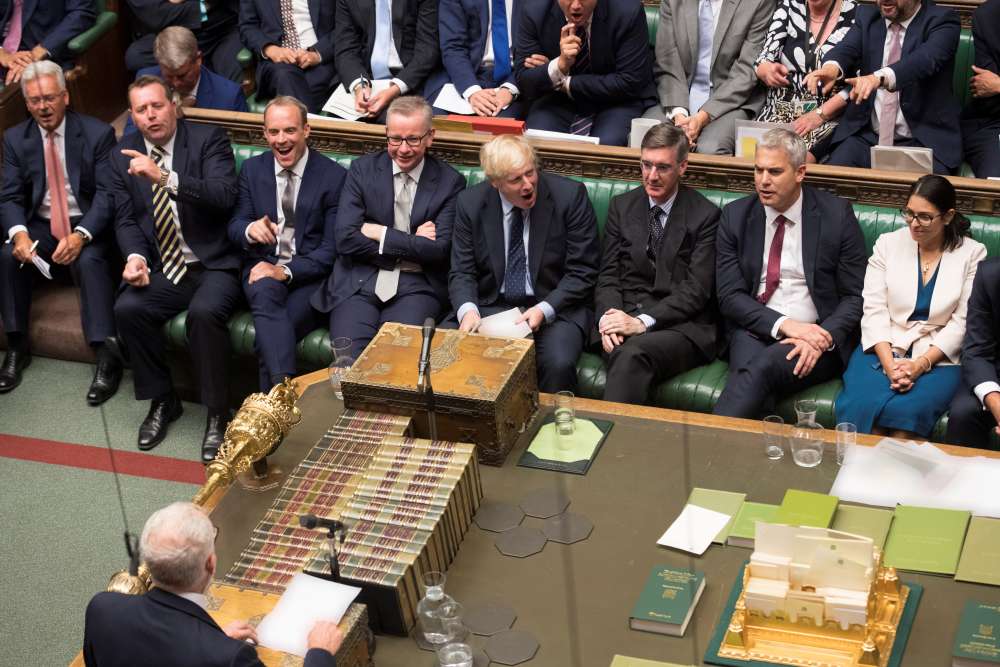 British lawmakers have voted to block Prime Minister Boris Johnson from taking Britain out of the EU without a deal – a move Johnson warned would thrust the United Kingdom toward an October snap election.

Opposition parties and rebel lawmakers in Johnson’s own party joined forces late on Tuesday to defeat the prime minister in parliament.

The Conservative rebels now face expulsion from the party, after Johnson vowed to kick them out if they defied his government.

Johnson will now seek to hold a vote to approve an early election, most likely to be held on Oct. 14th, which would pit him against Labour leader Jeremy Corbyn.

The defeat for Johnson leaves the course of Brexit completely unresolved, more than three years after the United Kingdom voted to leave the European Union. It also means a ‘no-deal’ exit or abandoning Brexit altogether are still very real possibilities.

Last night’s vote is the first hurdle for lawmakers who, having succeeded in taking control of parliamentary business, will now seek to pass a law on Wednesday that forces Johnson to ask the EU to delay Brexit until January 31st instead of the end of October.

By Annie Charalambous
Previous articlePartly cloudy on Wednesday, but no rain
Next articleDeposit, lending rates in Cyprus on the rise