One step at a time as Cyprus eases lockdown 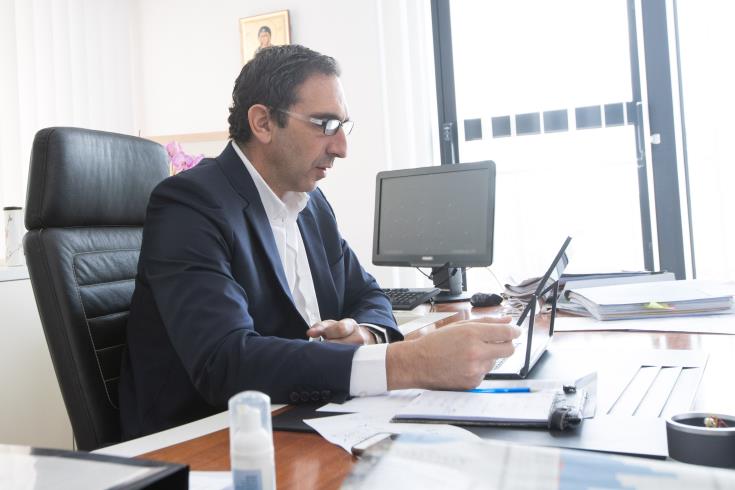 There is no magic formula to ensure a successful transition along the different stages of lockdown exit strategy as all countries are moving in uncharted waters, Health Minister Constantinos Ioannou said on Tuesday.

He was speaking to CNA, a day after Cyprus took the first step in easing restrictive measures with thousands going back to work as the public services, shops and construction sites reopened.

Monday also coincided with the announcement of just two new cases — both imported — the lowest since early March.

Ioannou said Cyprus, like other countries, was in uncharted waters and was taking decisions based on the situation.

Coronavirus cases are low, and this give grounds for optimism as to the future and was an important factor in the decision to gradually restart to the economy, he added.

“It would have been utopia to wait for zero cases. We did not see it happen in any of the countries that have started lifting their restrictions” he said.

The virus will remain in the community until the medical community develops a vaccine or treatment which is is why Cyprus must continue efforts to remain a country with one of the lowest number of cases and one of the highest of diagnostic tests.

Asked if he expected an increase in cases as a result of the relaxation of measures, the minister said this was unavoidable, that the aim remains to keep numbers low.

He added that diagnostic tests will be carried out among people working in the retail sector and on construction sites which will allow authorities to monitor the situation and adapt the strategy accordingly.

Cyprus has adopted a policy of tracing and constant testing which according to WHO and the ECDC delivers results as it makes it possible to find and quickly isolate positive cases and their contacts, thereby containing dispersal

The number of coronavirus patients requiring hospitalisation or even ICU has stabilised at a relatively low level and that aim again is to keep it there so that Cyprus can take the next steps.

The road map to ease the lockdown was prepared based on the advice of the scientific team and will be implemented gradually as there was no room for rash action and each step must be taken carefully.

“We do not have the luxury to regress. We are at a critical juncture,” he said.

By In Cyprus
Previous articleFire Service: “A car fire extinguisher can save your life” (video)
Next article13 fined total of €6400 for violating lockdown