One killed, at least three hurt after bluff collapses onto California beach 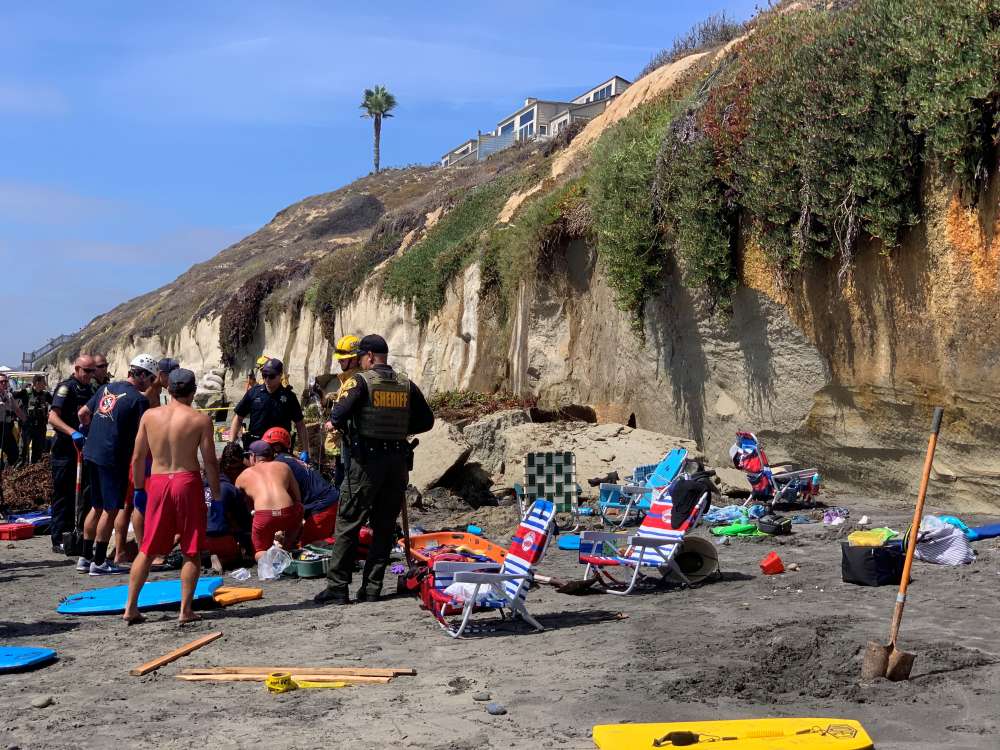 A woman was killed and at least several other people hurt on Friday when a chunk of a sandstone bluff overlooking a Southern California beach collapsed onto them, local police and fire officials said.

One person suffered critical injuries when the slab of rock and debris fell onto Grandview Surf Beach in Encinitas, north of San Diego, shortly before 3 p.m., Captain Larry Giles of the city’s Lifeguard Department said.

Another victim was taken to a nearby hospital by ambulance, but the person’s condition was not immediately known. A third person sustained minor injuries but declined treatment, Giles said.

Television images showed a large chunk of the bluff where it came to rest on the beach, not far from a lifeguard tower overlooking the Pacific Ocean and surrounded by beach blankets and toys.

Yellow plastic sheeting covered the body of the deceased woman.

Search and rescue crews using cadaver dogs were combing through the heavy soil and stone to ensure that no additional victims were underneath, Giles said, and they would keep at that task until it was no longer safe to do so.

The beach was closed to visitors as crews used air bags and heavy equipment to move large chunks of the collapsed cliff.

Engineers and soil experts were trying to determine if the bluff posed further risk to beach visitors or to homes dotting the top of the cliff, Giles said.

Authorities said pieces of the bluff were known to fall off from time to time and that beachgoers were warned to sit a good distance away. There was no indication of seismic activity before the collapse, Giles said.