One in two Cypriots do not exercise 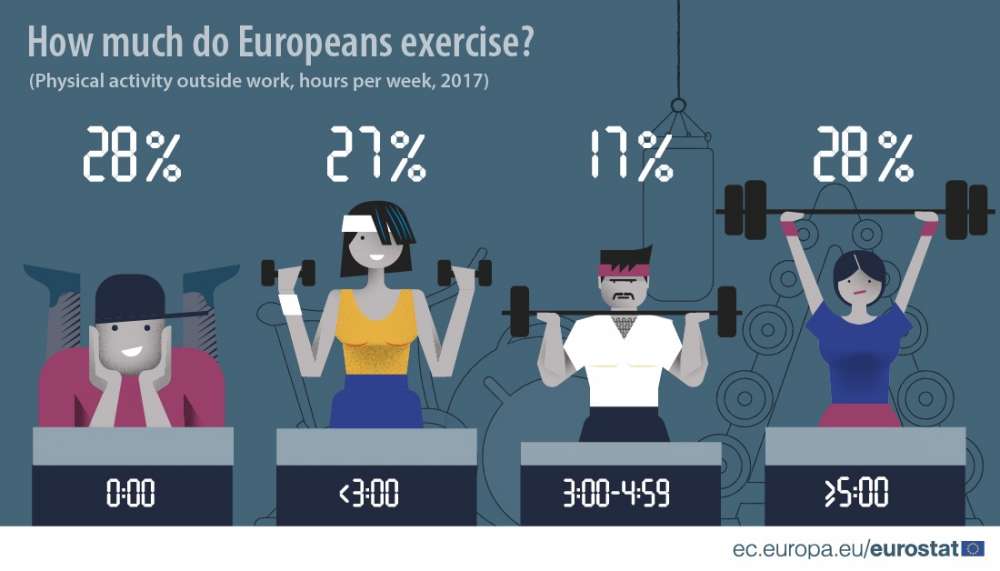 One in two Cypriots do not do any exercise outside their working time, the third highest rate in the EU and well above the 28% EU average.

According to figures published by Eurostat on Thursday, 28% of the EU population aged 16 or over did not do any exercise outside working time in 2017, in contrast with the rest of the EU population, who undertook some form of sports, fitness or recreational activities in their leisure time.

In most EU Member States the majority of the population carried out some form of exercise in their leisure time, with the highest proportion in Romania (96%).

In contrast, there were two Member States where less than 50% of the population were physically active outside work: Portugal (45%) and Croatia (36%).

Next came Cyprus and Hungary where 50% of the population did some for of exercise.

Eurostat said that survey results for Estonia, Lithuania, Slovakia and the UK have low reliability and were excluded. 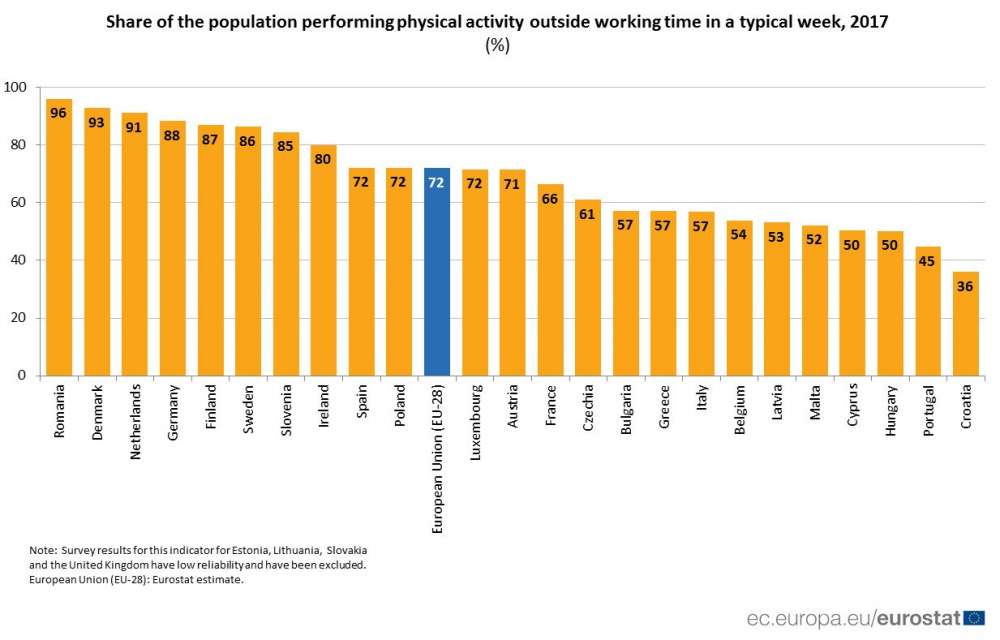