One in ten hotels in Cyprus are five-star 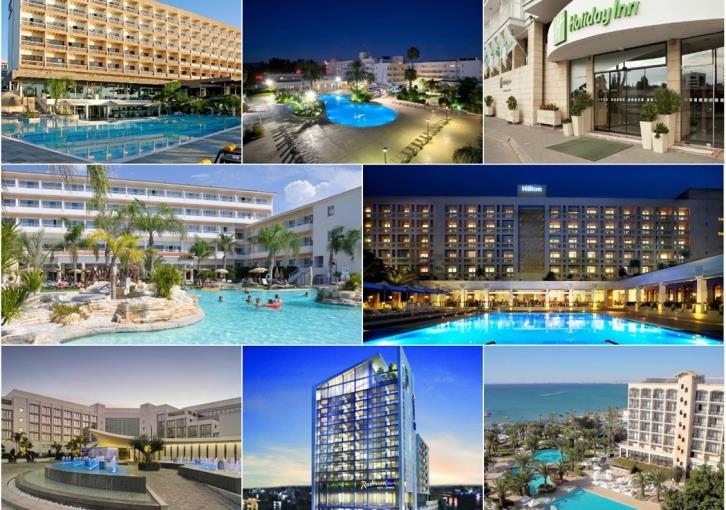 Cyprus has gone through a major crisis over the recent past years but tourism development is nonetheless thriving.

The recorded steady increase in tourism along with town planning incentives have created an immediate need for more and more hotel beds.

Over the recent past years, a lot of money was spent on refurbishing hotel units while a number of new ones have been erected.

In fact, a visitor today is mesmerized by super luxurious and impressive hotels that have been developed, while additional such projects are in the pipeline.

In addition, new areas in the Mediterranean island have acquired luxury hotels such as Agia Thekla in Sotira. Entrepreneurs seem to invest in luxury and are trying to attract more quality tourists to Cyprus. Investors are spotting a gap in luxury hotels, which explains their rising number over the recent years.

Ministry of Tourism data shows that one in ten hotels in Cyprus today is under the classification of five stars. Specifically, there are currently 28 five-star hotels, the majority of which are located in Paphos which is the leader in this with 12 such units totalling 5,760 beds.

In fact, five-star hotels in Paphos make up 19.7% of the coastal town’s total tourism accommodation.

As for Protaras and Ayia Napa, they seem to lag behind in the indicators of luxury. Famagusta area has six five-star hotels with a capacity of 2,798 beds. Famagusta has a total of 87 hotels compared to Paphos’ 61.

A new area that has been developed is Agia Thekla with the luxury Sun City Spa Resort & Residences which is the area’s first combined tourism development complex. Other luxury hotel accommodation in the area is expected to be in operation within a year’s time.

Second-placed in five-star hotels is Limassol with a total of eight whose total capacity is 3,656 beds. Limassol’s newest five-star luxury hotel is Amara which is close to ancient Amathus, Agios Tychonas area, as well as the recently renovated Parklane – the former Le Meridien.

The poorest cities in super luxury hotels are Nicosia and Larnaca with only one five-star hotel each with 588 beds and 386 beds, respectively.

Cyprus has a tradition in luxury hotels with Turkish-held considering that Famagusta and Kyrenia had established themselves among the most popular tourist destinations worldwide between 1970 and 1974. Several Hollywood celebrities had visited Cyprus at the time.