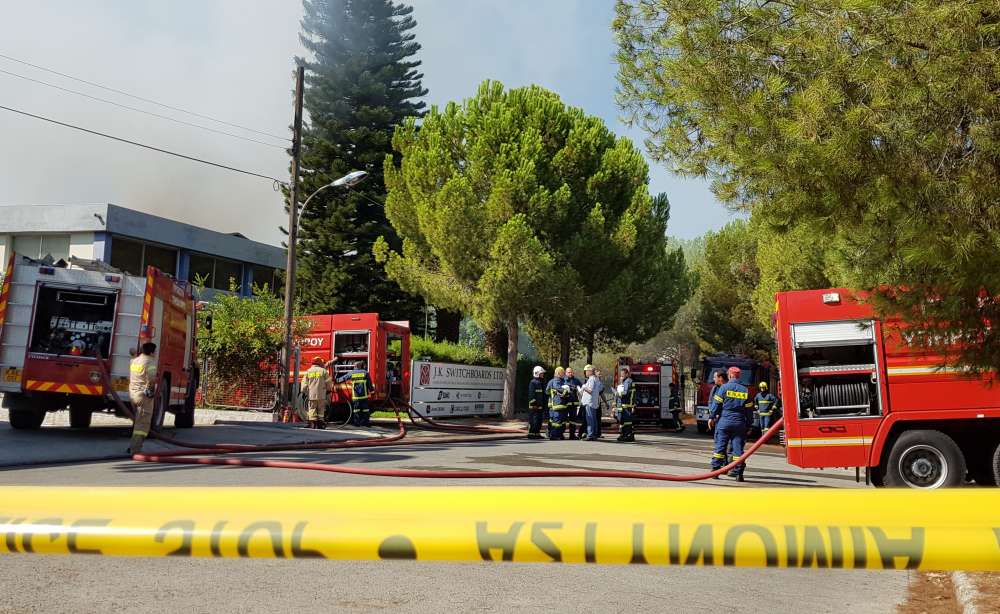 One person was killed and two people sustained minor injuries after a fire ripped through a factory in the Strovolos industrial estate on Thursday morning.

Police and fire service officers at the scene said that first indications were that the fire started accidentally during welding work.

A full investigation is underway.

The fire services responded to the fire at 8.50 am with 29 firemen and nine fire trucks. Acting fire chief Polyvios Hadjivassiliou said the first priority was to evacuate workers from inside the factory.

He said that there were a total of 10 people in the factory JK Switchboards – which makes generators – including the owner.

The people were evacuated, but one of the workers was found dead inside. He was named as Yiorgos Athinodorou, 62, from Deftera.

“First indications are that there was no foul play,”  CID chief Neophytos Shialos  told reporters at the scene.

The two people with injuries sustained minor burns trying to help the victim, he added.

Doctors at Nicosia Hospital said they are in good condition.

Hadjivassiliou said that fire fighters entered the building from all four sides and were able to prevent the fire from spreading to adjoining buildings.

They managed to contain and extinguish the fire and the office area of the factory was not affected.

Employees at the scene said there were several explosions before the fire broke out.

Labour inspectors are due to join police and the fire service in investigating the fire but first indications suggest that it was started by sparks during welding work.

Dark clouds over the industrial estate were visible from most of Nicosia and police temporarily closed the road near the factory to facilitate the fire services.