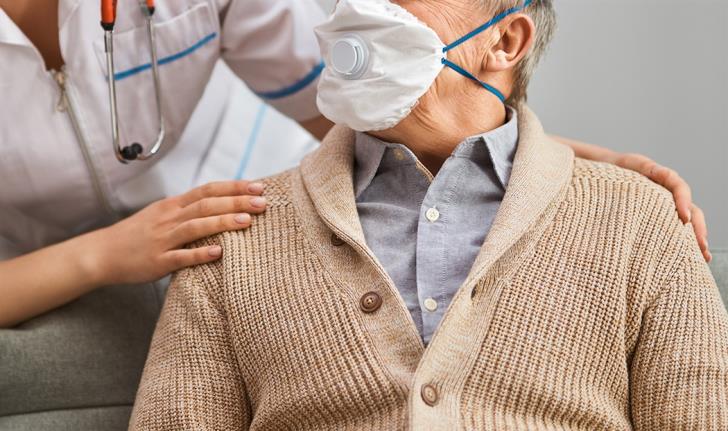 The old-age dependency ratio in the EU has increased noticeably in the last 20 years according to data released by Eurostat. According to the same data, the ratio of older compared to younger persons remains low in Cyprus.

The old-age dependency ratio is an expression of the proportion of citizens aged 65 years or more compared to citizens aged 20 – 64 years old.

On January 1st 2020, the ratio increased to 34.8%, meaning there were slightly fewer than three adults of working age for every person aged 65 years or more.

As of 1 January 2020, some of the highest ratios were concentrated in eastern Germany, Greece, Spain, France, Italy, Portugal and Finland.

According to Eurostat’s analysis, which presents the data on the level of NUTS 3 statistical regions (which tend to cover regions with populations ranging from 150 thousand to 800 thousand inhabitants), most of these regions were predominantly rural, mountainous, or relatively remote, where it is likely that younger people have left the region to continue their studies or look for jobs.

Evrytania in central Greece recorded the highest old-age dependency ratio (78.3%). This region was followed by the north-western Belgian region of Arr. Veurne (64.6%) and the German region of Suhl, Kreisfreie Stadt (61.3%).

The lowest ratios in the EU were recorded in the French outermost region of Mayotte (6.1%) and Guyane (11.7%) and the Spanish region of Fuerteventura (16.5%) in the Canary Islands.

In Cyprus, which is considered a single region on the NUTS 3 level, the ratio remains lower than 27.5%.

According to Eurostat’s projections, old-age dependency ratios are expected to increase in all 1,169 EU regions, except for Harz, the westernmost region of Sachsen-Anhalt, in Germany.

At EU level, the ratio is projected to reach 56.7% by 1 January 2050, when there will be fewer than two working-age adults for each elderly person. The projections indicate that the old-age dependency ratio will have risen to at least 50% in the vast majority (974) of EU regions.

Cyprus is projected to remain in the category with the lowest ratio, since the old-age dependency ratio is not expected to be bigger than 43.3%.