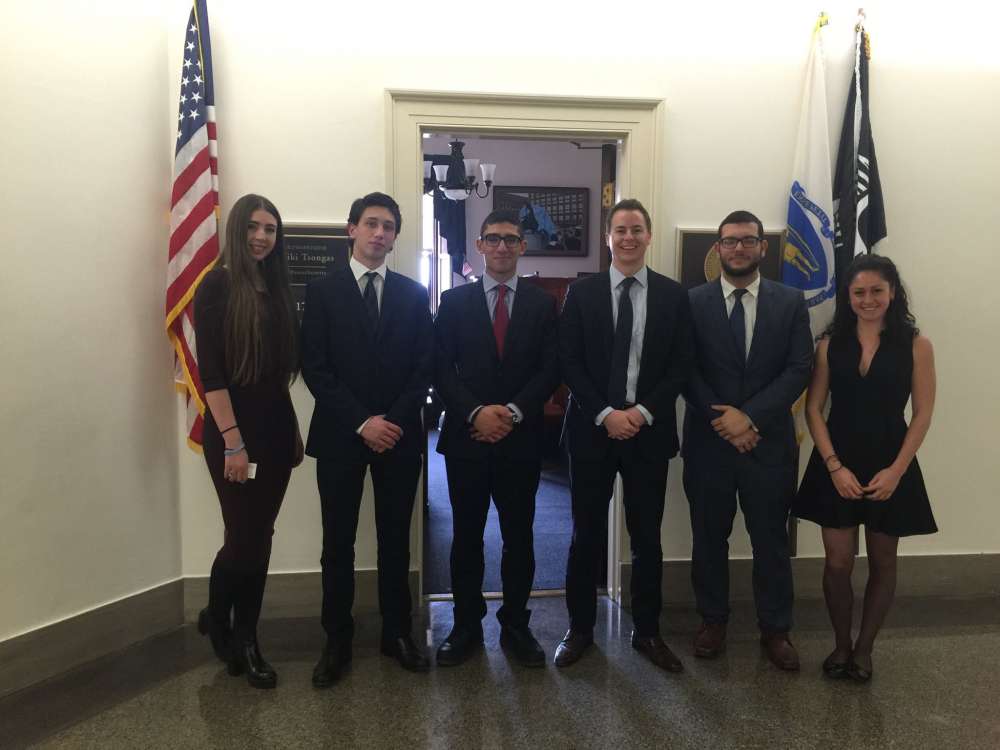 UNYSA Cyprus announced the launch of the first ever for-by youth internship programme in Washington D.C.

The program is officially called the “Public Policy Program” and will take place in U.S. capital in September 2019 for the first time. An open call for applications is open until June 30.

Links to the application form can be found on UNYSA’s social media pages.

Funding will be offered for travelling and living expenses, it said.

The programme will take young Cypriot public policy practitioners and enthusiasts to Washington for a month of internships, workshops and training in the field of public policy.

This year’s programme will see participants placed in the Capitol Hill the office of the Chairman of the Hellenic Caucus, Congressman Gus Bilirakis, and the American Hellenic Institute (AHI), a D.C. based lobby.

Within this month, the young leaders will have the opportunity to interact with the American political system and understand its processes in further depth.

“The American political system is one of the oldest and largest examples of a functional liberal democracy, thus making this experience extremely beneficial to participants,” UNYSA said in a press release.

Furthermore, the programme aims to address two of the primary needs of the youth: to deliver quality vocational opportunities and offer competence-building activities.

In addition, the participants will garner skills which they will later use to bolster the public policy capabilities of Cyprus, in their respective field of interest within the context of public policy.

“As we seek to maximise the benefits of this opportunity, we will emphasize on outreach and will count on our participants to become Program Ambassadors,” UNYSA said.

“UNYSA Cyprus is extremely thankful to Mr. Bilirakis and the AHI President Mr. Larigakis for creating such an unprecedented opportunity for young Cypriots. We are certain that this program will gradually help to reinforce their efforts to strengthen the relations between the American and Cypriot people for their mutual benefit, by giving rise to additional interpersonal ties,” it said.

UNYSA Cyprus is a not-for-profit organisation based in the Republic of Cyprus. Its core aim is to provide opportunities for and strengthen the Cypriot youth in the fields of public policy, diplomacy, and international relations, in accordance to the UN Sustainable Development Goals. Additionally, the organisation promotes the work of the United Nations, and its elements in Cyprus, and represents Cyprus in relevant youth fora.

By In Cyprus
Previous articlePutin says U.S.-Russia relations are getting “worse and worse”
Next articleCBC Governor says Cyprus should develop a culture of prevention against external risks