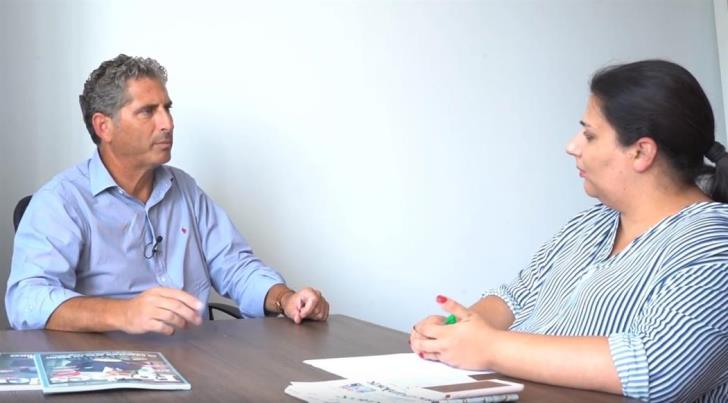 Cyprus does not lag behind the EU when it comes to both diversity and availability of providers and of services, says Neophytos Papadopoulos, director of the Office of Electronic Communications & Postal regulations.

He said that just about 100% of basic services are available of which the internet is the most popular.

As regards quality, he said that the measure was consumer complaints. When his office receives a complaint, then it investigates in depth the quality of the services offered. He added that consumers also have a tool to evaluate the quality of the internet service they receive which is offered free of charge.

For consumers, EU regulations of most ‘direct’ interest are those governing roaming in other EU countries and charges for local use.

He notes that a recent regulation put a ceiling on international calls within the EU. There is also provision in EU regulations which restricts providers’ capability to intervene in the use of internet.

Papadopoulos said that the EU Commission’s actions aim to allow consumers to increase use and to dismantle obstacles to creating a single market.

Additional changes relate to updating provisions in the regulations. The summary of a model contract that will allow consumers to compare between the services offered by providers so that they can make a considered choice is expected to become available in 2020.

As regards complaints by consumers in Cyprus, Papadopoulos said that these mainly relate to the charges levied, either because consumers believe that their contract is not being adhered to or because they believe that if their provider does not officer a service for a certain period, then they are allowed a discount on their monthly payment.

The office looks at the substance of the complaint. It evaluates the complaint, compares the contract with the provisions of the law so as to evaluate the remedy sought by the consumer, Papadopoulos said.

Then the consumer is informed once the office has consulted with the provider.

Moreover, the office can use a complaint in order to adapt or draw up rules. If there is a volume of complaints on the same issue either there is a problem with the rules or the consumer has not been informed properly and we make sure that he/she is informed, he stressed.

One very characteristic example was in 2017 when a problem arose with multimedia messages. Providers considered they had subscribers and sent the messages only for consumers to complain.

In Cyprus it is not a regular phenomenon to have mass complaints from consumers as regards charges but in this case the regulation changed because the market failed to regulate itself.

“We had asked the providers to formulate the conditions that would avert consumers becoming subscribers without their clear consent. There was a change in the regulation and from the 300 complaints we had in December 2018, we had none,” Papadopoulos said.

By In Cyprus
Previous articleSeptember rain so far at 220% of average for whole month
Next articlePaphos: Father arrested after kidnapping own children