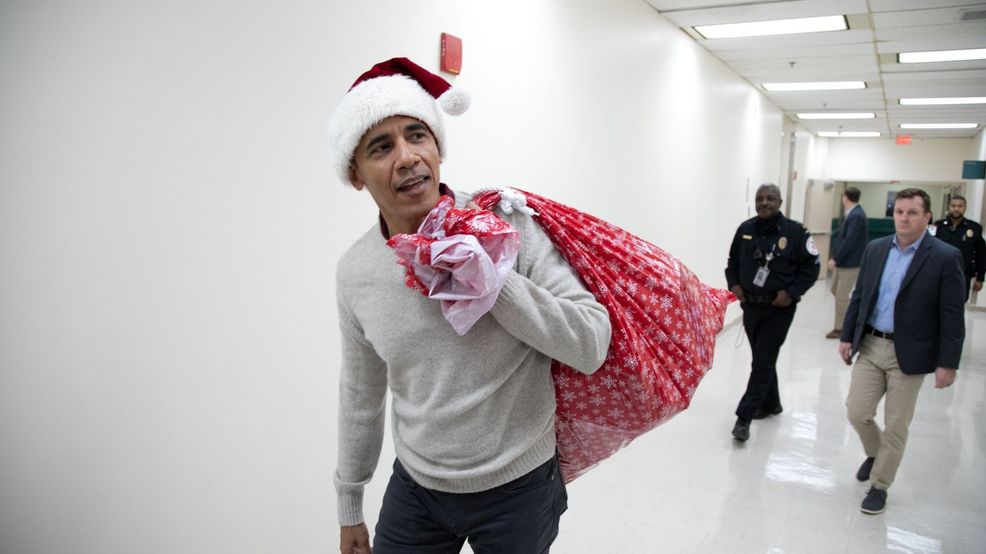 Former U.S. President Barack Obama received a warm welcome by the young patients of Washington D.C’s Children’s National Medical Center, when he arrived there on Wednesday dressed as Santa Claus.

The former president wore a Santa Claus cap and carried a sack of presents over his shoulder as he surprised patients and their parents at the hospital, in the north-east part of the city.

He greeted them with a “ho, ho, ho!” and told them his reindeer were “stuck in some snow”, but he wanted to make sure he visited.

Obama chatted with patients in their rooms and stopped by several playrooms. He also recorded a video message for those he couldn’t visit.

The hospital called the visit a “surprise” in a tweet, and a video they posted showed a gathered crowd in the hospital hallway cheering for Obama.

“Merry Christmas and happy holidays to the extraordinary kids, families, and staff at Children’s National,” Obama tweeted in response. “And thanks for humoring me as your stand-in Santa.”

Merry Christmas and happy holidays to the extraordinary kids, families, and staff at Children’s National. And thanks for humoring me as your stand-in Santa. https://t.co/mFmYCVk7cr

Last week, the hospital had a Christmas visit from first lady Melania Trump, a FLOTUS tradition that dates back nearly a century.