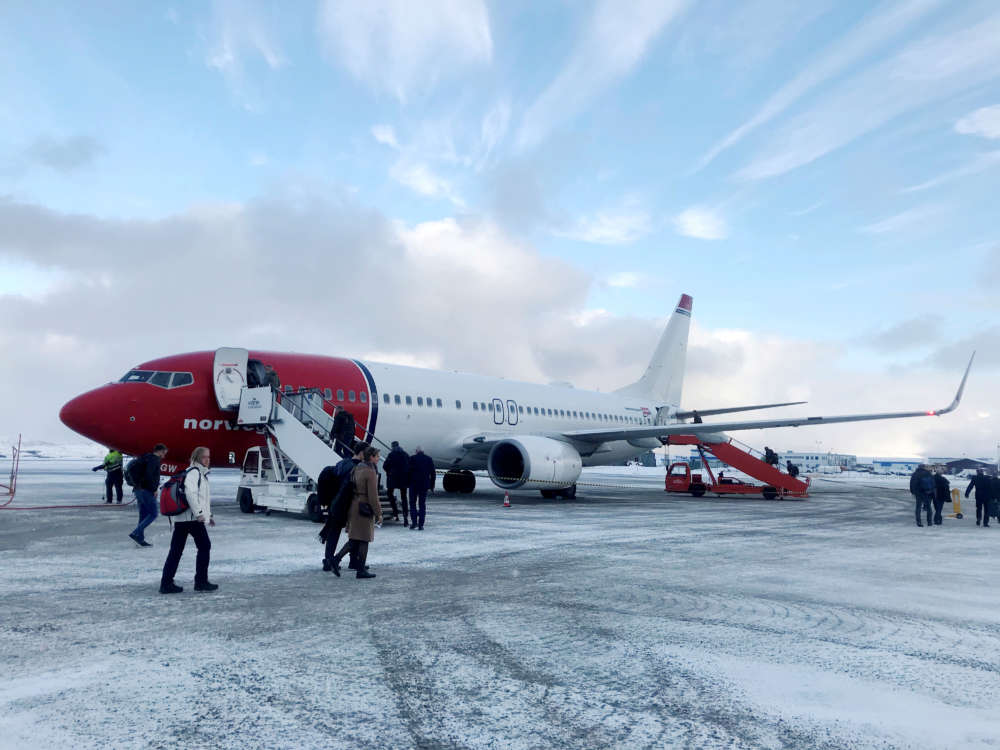 Overall capacity, a measure of distance flown and the number of seats available (ASK), fell by 27% year on year, it said. Analysts in a Reuters poll had on average expected a 23% fall.

The move helped Norwegian fill remaining flights, raising the number of seats sold on each aircraft and boosting its yield – income per passenger carried and kilometre flown – by 12% to 0.37 Norwegian crown ($0.04), beating a 0.35 crown forecast.

Norwegian has shaken up the transatlantic travel market with low fares, but breakneck expansion also brought mounting debts and losses. The company raised cash from its owners in November for a third time in 20 months.

The airline on average filled 83.0% of seats in November, up from 78.8% last year and beating an average forecast of 82.3% in the Reuters poll.

“The planned capacity reduction has improved the figures … we continue to deliver on our strategy of moving from growth to profitability,” Acting Chief Executive Geir Karlsen said.

Prior to October, when Norwegian’s capacity fell by 5% from the same month of 2018, the airline’s year-on-year ASK had risen every month since the firm went public in 2003, records show.

“We have adjusted our route portfolio and capacity for the coming winter season and summer seasons to ensure that we are well positioned to meet the actual demand,” Karlsen said.

As temporary CEO since July, Karlsen has postponed debt payments, raised cash, brought in a Chinese leasing firm to take stakes in its fleet and partnered with U.S. carrier JetBlue .

The company announced on Wednesday the sale of its domestic network in Argentina, launched 14 months ago, to JetSMART.

Karlsen, who is also chief financial officer, returns to being CFO and deputy CEO when industry outsider Jacob Schram takes the helm next year.

Schram, a former management consultant and petrol retail executive, will replace Bjoern Kjos, the company’s founder who stepped down in July having built the carrier into Europe’s third-largest budget airline.

Norwegian’s shares have risen by 20% in the last three months as restructuring progressed but are still down 62% in the year to date.