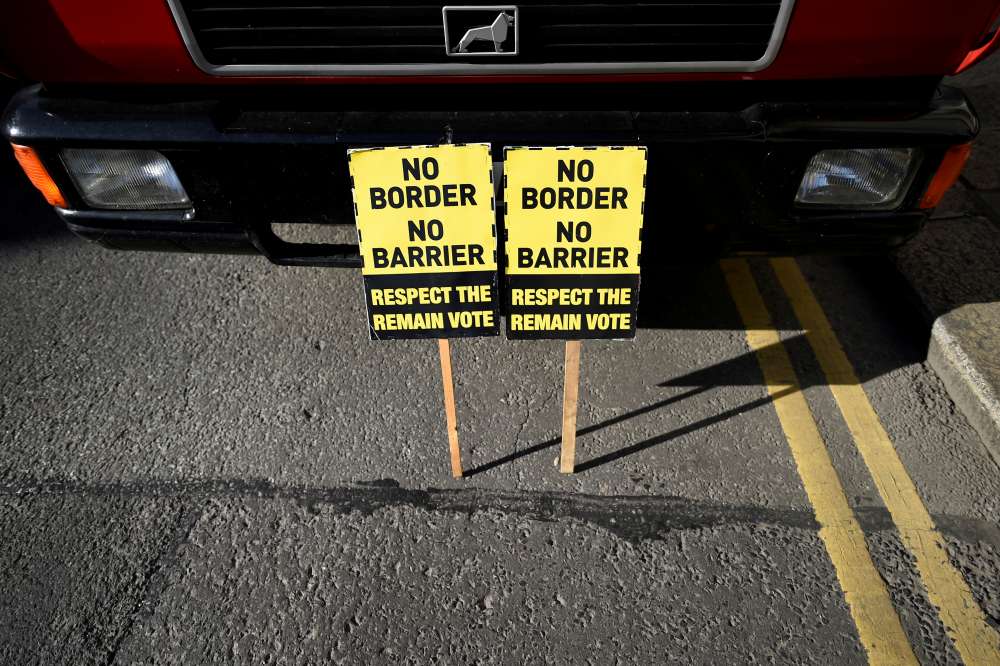 Northern Ireland‘s civil service has warned that a British exit from the European Union without a withdrawal agreement would have a deep and long-lasting impact on the region’s economy and could cause the loss of 40,000 jobs.

A so-called no-deal exit would could cut the region’s exports to the Republic of Ireland by up to 19 percent, the civil service said in a report.

The document, published on Wednesday, said it was a summary of evidence available to the civil service and did not constitute a view on policy matters.

Jeffrey Donaldson, a senior member of Northern Ireland‘s pro-Brexit Democratic Unionist Party, told the BBC on Thursday that a no-deal Brexit would have a short-term impact on the region’s economy, but that this could be mitigated.

Northern Ireland is widely seen as the most exposed region of the United Kingdom to economic disruption by Brexit due to its land border with EU member the Republic of Ireland.

Britain is due to leave the bloc on Oct. 31 and candidates to replace British Prime Minister Theresa May have refused to rule out the possibility of leaving without a deal.

The Irish government’s insistence that there be no physical infrastructure on that border has become a major point of contention in Brexit talks.

The report also warned of a possible increase in smuggling and said Northern Ireland businesses could be vulnerable to low cost non-EU imports. It said businesses exporting services to Ireland could face an average increase in the cost of doing business of 14.5 percentage points.

Ireland’s Finance Ministry has warned that in the near term a no-deal Brexit puts 55,000 jobs at risk south of the border, where the workforce is three times larger. That figure could rise to 85,000 over a longer timescale, it said.