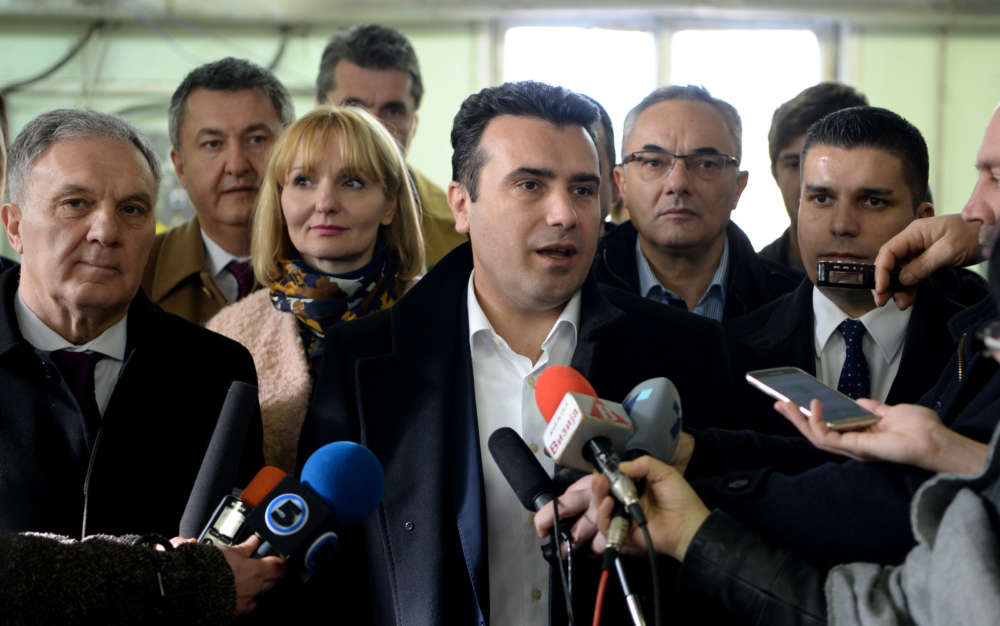 North Macedonia’s Prime Minister Zoran Zaev resigned on Friday to allow a transitional government to take over ahead of a snap parliamentary election in April, called after the European Union refused to set a date for accession talks with the country.

Under the former Yugoslav republic’s constitution a transitional government, in which the opposition parties are granted several ministerial posts, should take over 100 days before the April 12 vote to ensure conditions for free and fair elections are met.

“This morning I signed the resignation…I believe it will be delivered to parliament,” Zaev said in an interview on online Slobodna TV.

Parliament is due to convene later in the day to approve the interim government in which current interior minister Oliver Spasovski will hold the post of prime minister – a move already agreed by all political parties.

The April election is seen as a major test for the pro-EU policies of Zaev’s Social Democrats after French President Emmanuel Macron in October refused to let North Macedonia start talks on joining the bloc, despite concerns over increasing Chinese and Russian influence in the Balkans.

Skopje had expected to be granted a date to start accession talks after agreeing to end a dispute with Greece by changing the country’s name to North Macedonia from Macedonia.

Macron also led a group of EU leaders who ruled out opening talks with Albania.

Bosnia, Kosovo, Montenegro and Serbia also aspire to join the EU but the enlargement process has largely stalled amid increased public concerns in western Europe about immigration and the strains of dealing with Britain’s exit from the bloc.

North Macedonia is expected to become the 30th member of NATO early this year, once its accession has been ratified by all the member states of the U.S.-led alliance.

By In Cyprus
Previous articlePompeo: Strike on Iranian commander in response to imminent attack
Next articleActivists rescue and release barn owl back into wild