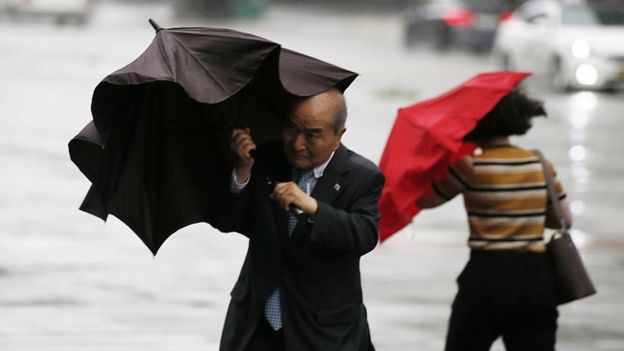 Typhoon Lingling, one of the most powerful typhoons to have battered South Korea, moved to North Korea on Saturday, raising concerns about a crop damage in the impoverished country, which frequently suffers food shortages.

“Crops fell down, (were) inundated or buried in 46,200 hectares of farmland,” the Korean Central News Agency (KCNA) said on Saturday.

“Active work to eradicate the aftermath is now under way in the afflicted areas,” it said.

North Korea held an emergency meeting on Friday under the guidance of leader Kim Jong Un, who berated senior officials for being “helpless against the typhoon, unaware of its seriousness and seized with easygoing sentiment,” KCNA reported on Saturday.

Negotiations aimed at dismantling the North’s nuclear and missile programmes have stalled despite a third meeting between Kim and U.S. President Donald Trump in June.

In South Korea, the typhoon killed three people and injured 27. It led to a power outage of around 160,000 households and grounded hundreds of flights, the government said in a statement. Power was restored to most of the homes affected.

By In Cyprus
Previous article“Joker” wins Golden Lion at Venice Film Festival
Next articleUPDATE – Car found in lake in Nicosia district; It was there for months