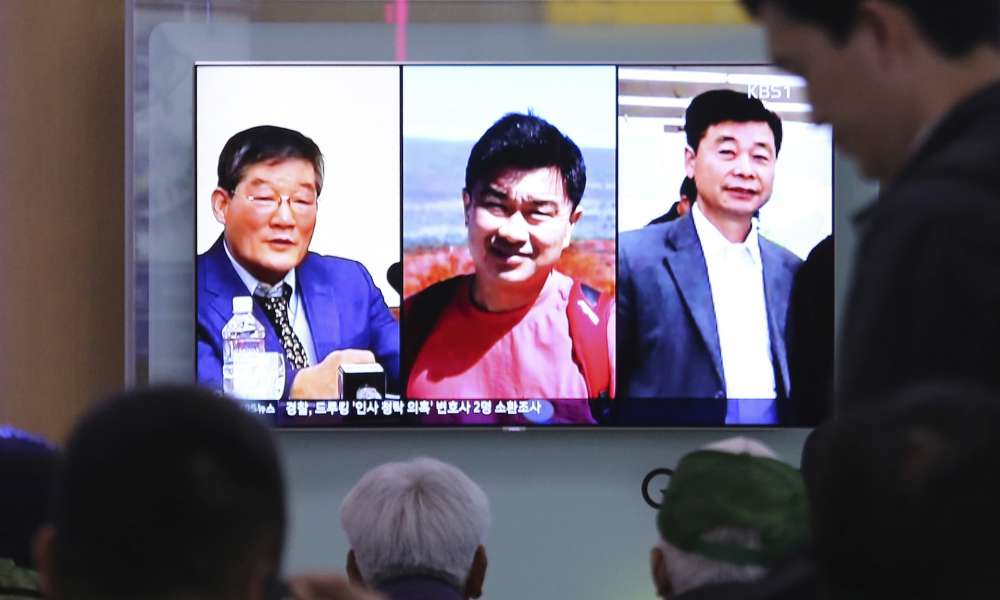 North Korea has released three US citizens, in a move that continues the apparent thawing of its relations with the United States ahead of a planned meeting between Kim Jong-un and Donald Trump.

The release of the three men, all US citizens of Korean heritage, marks a major diplomatic victory for the Trump administration and was secured during a visit to North Korea by Mike Pompeo, the US secretary of state.

Trump announced on Twitter that the former detainees were headed back to the US on the same flight as Pompeo. The president was scheduled to meet them at Joint Base Andrews, an air force base near Washington DC, on Wednesday night.

I am pleased to inform you that Secretary of State Mike Pompeo is in the air and on his way back from North Korea with the 3 wonderful gentlemen that everyone is looking so forward to meeting. They seem to be in good health. Also, good meeting with Kim Jong Un. Date & Place set.

“They seem to be in good health,” Trump tweeted, adding that a date and location for his summit with the North Korean leader had been set, without revealing further details.

Speaking to reporters later on Wednesday morning, Trump said he would announce a site for the summit within three days but confirmed it would not be held at the demilitarised zone along the border between the two Koreas.

“President Trump appreciates leader Kim Jong-un’s action to release these American citizens, and views this as a positive gesture of goodwill,” the White House said in a statement on the prisoner release. The three men were able to walk “without assistance” to the plane.