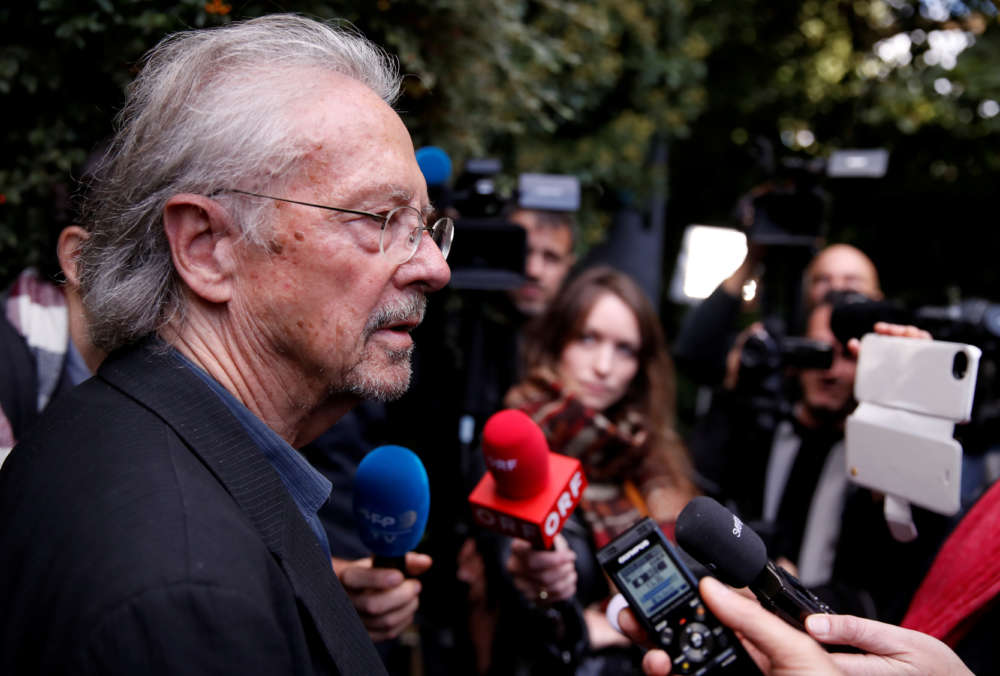 The Bosnian capital Sarajevo on Wednesday declared Nobel Prize-winning Austrian author Peter Handke “persona non grata” over his support for late Serbian President Slobodan Milosevic and denial of the 1995 genocide in the Bosnian town of Srebrenica.

Sarajevo endured a 43-month siege by nationalist Bosnian Serb forces armed by Milosevic during a 1992-95 war following Bosnia’s secession from Serbian-led Yugoslavia. About 11,000 people died in the siege, at least 10 percent children, and more than 100,000 overall in the war.

The Sarajevo cantonal assembly unanimously adopted a declaration on Wednesday proclaiming Handke unwelcome after he said in a recent interview that he might visit post-war Bosnia’s autonomous Serb region next year.

“His possible visit to our homeland … would prompt additional rage and humiliation of all victims,” read the declaration, which condemned awarding what it called a “genocide denier” this year’s Nobel Literature Prize.

Reflecting enduring ethnic divisions in Bosnia, Igor Radojicic, mayor of the Serb entity’s de facto capital Banja Luka, congratulated Handke and invited him to visit. Nationalist Serbs see Handke as a campaigner for their cause.

Sarajevo authorities could not prevent Handke visiting Serb Republic territory, though the declaration would allow them to bar him entry to Bosnia via the capital.

Bosnian Muslims and especially relatives of the 8,000 Muslim men and boys massacred by Serb forces in Srebrenica, Europe’s worst atrocity since World War Two, were outraged at the news that the Nobel Committee had honoured Handke. Other Balkan countries also criticised the decision.

The Swedish Academy’s choice of Handke drew widespread criticism as the Austrian novelist and playwright spoke at the funeral of Milosevic in 2006 after the Serbian leader died in detention in The Hague while facing trial for war crimes.

Handke has dismissed questions about his support for Milosevic.