No thoughts of militarising Cyprus, Tsipras says in Moscow 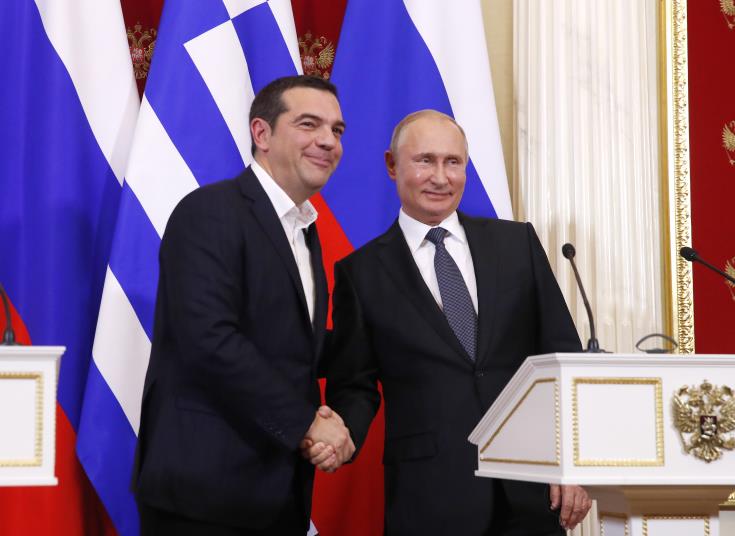 There are no thoughts on the prospect of militarising Cyprus, Greek Prime Ministers Alexis Tsipras has said, replying to questions during a joint press conference in Moscow with President of the Russian Federation Vladimir Putin.

Tsipras said he also spoke with President of the Republic of Cyprus Nicos Anastasiades and noted that there was no sense in such ideas, at a time when Cyprus and Greece are striving to remove occupation troops from the island.

The Greek Prime Minister said all necessary contacts have been made between the Ministers of Foreign Affairs of Russia and Cyprus, adding that the Republic of Cyprus is following an extremely balanced policy regarding docking in Cyprus ports for all countries friendly towards Russia as well.