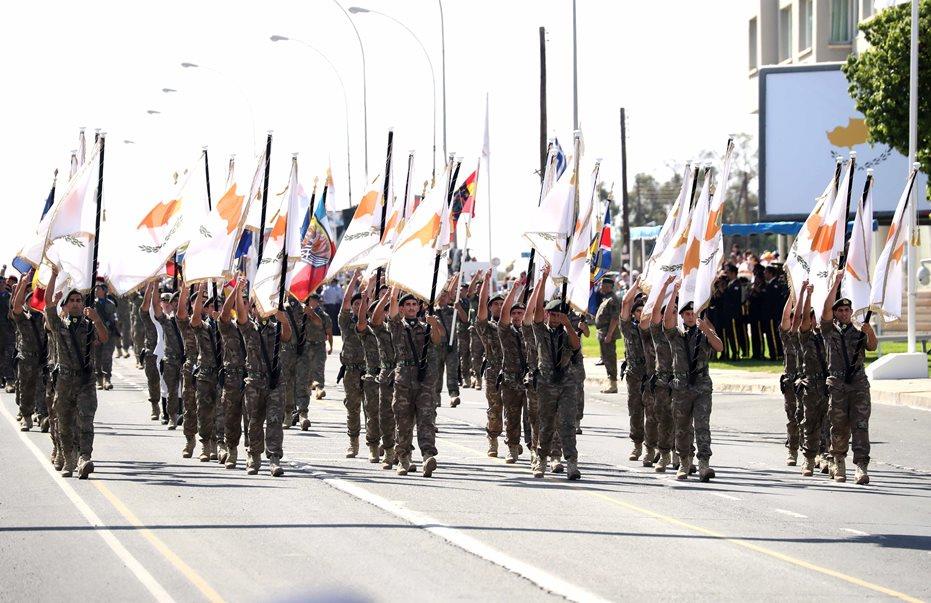 Tomorrow’s Independence Day military parade will be held without spectators due to Covid pandemic restrictions, with just officials and foreign dignitaries attending.

The parade, on the occasion of the 60th anniversary of the declaration of independence will  be held on the Iosif Hadjiosif Avenue, starting at eleven, with ground troops, a display of military equipment and helicopter fly overs.

Acting President, House Speaker Dimitris Syllouris will be taking the salute, in the absence of President Anastasiades, with 21 celebratory shots being fired.

Ambassadors and defence attaches will also be in attendance.

By Constantinos Tsintas
Previous articleSpain in solidarity with Cyprus over Turkish violations
Next articleAnimal abuse legislation to get tougher, with a 10 thousand fine for a first offence