No indication yet about the portfolio allocation in next European Commission, Stella Kyriakides tells CNA 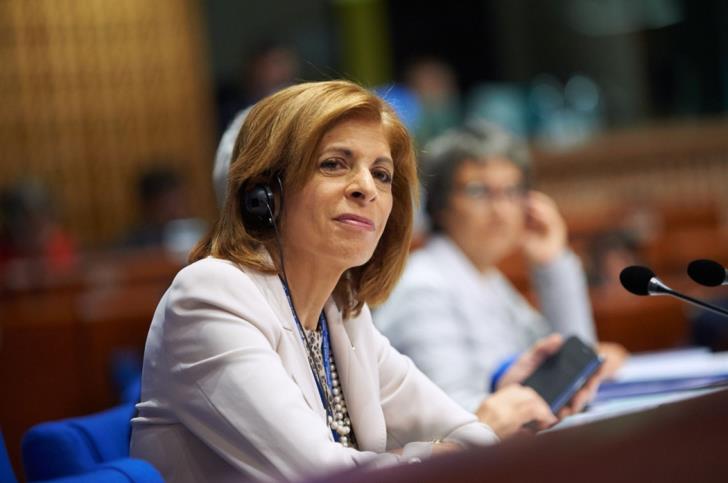 There is no indication at the present stage about the allocation of the new portfolios in Ursula von der Leyen’s European Commission, Stella Kyriakides, Cyprus’ Commissioner-designate has said.

Kyriakides, who had her first meeting with the Commission President-elect on Tuesday, in Brussels, told CNA that Commissioners undertake a huge responsibility amid difficult times in Europe, and noted that she is fully aware of what lies before her.

A similar informal meeting, at the invitation of von der Leyen, takes place with all candidate Commissioners, Kyriakides said. She added that a second meeting is possible, before the Commission President-elect decides on the portfolios. So far, the European Commission chief has not decided whether to preserve the structure of the Jean-Claude Juncker Commission or make changes in the portfolios, Kyriakides noted.

Asked if they talked about a specific portfolio during the meeting with von der Leyen, Kyriakides said that “we had a general discussion, she has not given any indication” as to the portfolios. In reply to another question, she said that they did not discuss about the possibility of retaining the portfolio of her predecessor from Cyprus, in the Commission’s 2019-2024 term. Christos Stylianides serves in the Juncker Commission as Commissioner for Humanitarian Aid and Crisis Management since November 1, 2014.

First meeting with @vonderleyen, President-elect of the @EU_Commission. Inspiring opportunity to discuss our common vision for Europe pic.twitter.com/CiAV0oASNk

At the meeting, von der Leyen talked about her vision for Europe and wanted to hear from Kyriakides about her areas of expertise and her political activity, the Commissioner- designate said. She added that they also had an interesting discussion about the priorities, which the Commission President-elect presented before the European Parliament last month.

“It was very important for me personally to have a first contact with the President-elect, as this helps to form a better picture for the challenges I will have to face and for the work that awaits me,” she said.

“The most important thing is to be able to work all together in harmony for the benefit of the great European family, with the numerous challenges that exist today,” Kyriakides noted.

She also said that the new Commission President will probably conclude all her meetings with the Commissioner-designates first, before taking her final decisions. Early in September, she is expected to contact the candidates proposed by the member states, in order to have a second round of separate meetings, Kyriakides concluded.

The Commissioner-designates will be examined by the European Parliament committees responsible for their proposed portfolio during a series of hearings between September 30 and October 8.

Once they have satisfied the committees of their fitness for the posts, the Parliament will vote on the entire Commission during a plenary session, on October 21-24.

Ursula von der Leyen is expected to assume her duties on 1 November.

By In Cyprus
Previous articleBangkok bombings may be linked to politics, says police
Next articlePaphos: Poacher faces €11,000 fine for two hares