No Covid lockdown as of Monday but Cyprus introduces a Coronapass 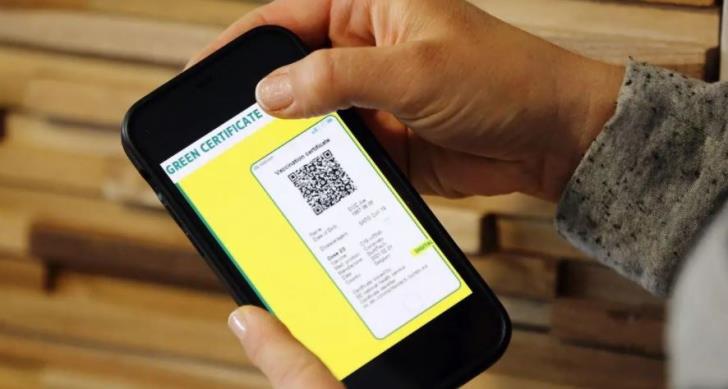 A so-called Coronapass for people to be allowed into hospitality venues, churches, gyms, shops and other places will be introduced in Cyprus as of Monday when the total lockdown ends.

This is what Health Minister Constantinos Ioannou said in a written statement late on Wednesday after a Cabinet meeting.

The Minster also said the end of sending an SMS for movement purposes does not mean the end of an overnight curfew which is to be kept between 11pm and 5am.

And that a Coronapass entails either having a 72-hour-old negative PCR/rapid test for Covid or having received at least one dose of a vaccine three weeks earlier or having contracted the virus in the past six months.

A curfew will remain in force between 11pm and 5am with the following exceptions: travelling to and from work; visiting a medical centre or hospital or pharmacy or vet for an emergency; no need to send a text for permission before going out.

Schools will reopen on Monday with physical presence with pupils having to submit to a weekly rapid antigen test.

Gymnasium, lyceum, and certain primary school years would have to present a 72-hour-old test on the first day.

Gatherings in public areas like parks, squares, beaches are allowed, provided they do not exceed 10 people, including minors.

Going to a place of worship would need a Coronapass. Until May 16, only a maximum 50 people will be allowed inside. From May 17, places of worship can let in 30 per cent of their capacity, provided they present a Coronapass.

From June 1, the permitted number will rise to 50 per cent of capacity.

Until May 16, lunches, dinners and other wedding or christening events can only accommodate a maximum number of 10 people including minors.

From May 17 onwards, such events will only be allowed outdoors with up to 200 seated guests who must present a Coronapass. Cocktail parties are banned.

From June 1, events will be permitted indoors with a Coronapass.

By Annie Charalambous
Previous articlePartly sunny on Thursday, windy in the afternoon
Next articleThree reported serious cases of blood clots in Cyprus after over 300,000 vaccinations