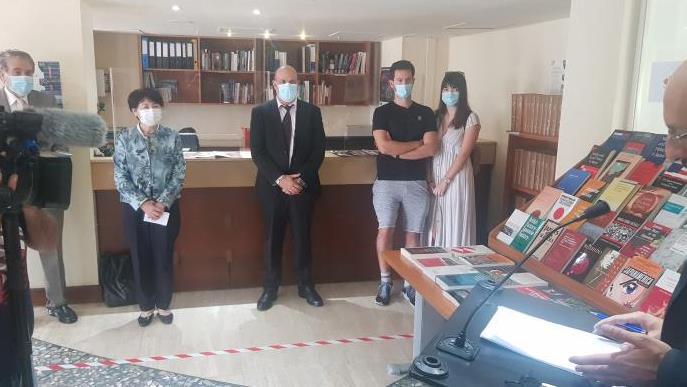 One of the most known cultural foundations of Japan, the Nippon Foundation, made a big donation of books to Cyprus. The books were donated to the University of Neapolis in Paphos during a special ceremony that took place today in the presence of the Japanese Ambassador in Cyprus.

The Nippon Foundation has so far donated approximately 65,000 books to more than 1,000 libraries in the world but this is its first donation in Cyprus. The donation to the University of Neapolis is part of the Program Read Japan Project, aiming to promote a better understanding of the Japanese culture.