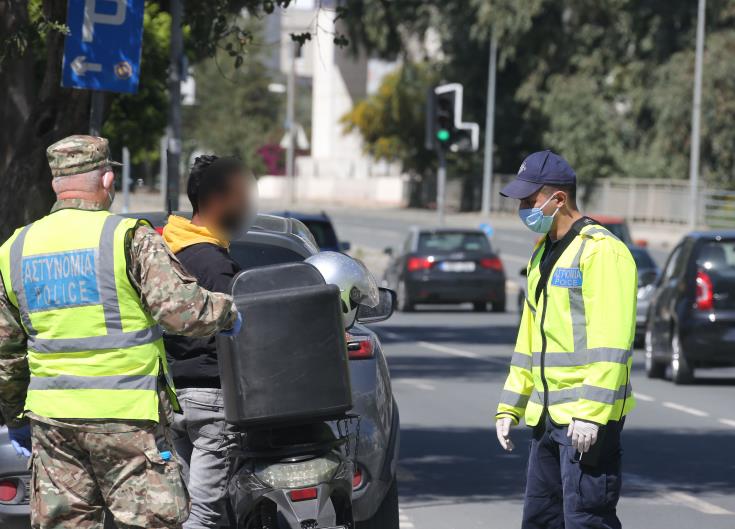 Police in Cyprus reported nine establishments and 31 citizens out of a total of 917 inspections over the past 24 hours for breaching measures to contain the novel Covid-19 pandemic.

This is what a police spokesperson told CNA, adding that 80 checks were carried out in the capital of Nicosia with one establishment and 10 citizens getting fined.

Another 166 checks were carried out in coastal Limassol and three citizens and not even one establishment getting fined.

In Larnaca, out of 212 checks, no establishment was fined but three citizens did.

In Morphou, police carried out 180 checks and fined three citizens but not even one establishment.