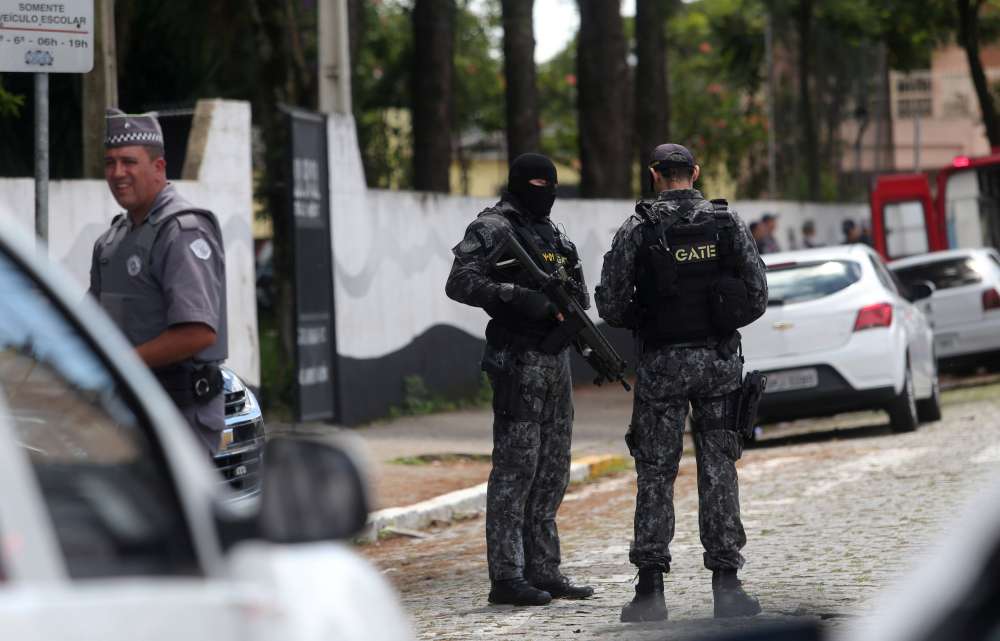 At least nine people were killed at a Brazilian elementary school where two young men were seen entering the building and firing weapons early on Wednesday, according to Sao Paulo police.

Among the dead were five school children, one adult who worked at the building, one person who was standing just outside the school and the two adolescent shooters, police said.

At least 17 other people, mostly children, were also shot at the Raul Brasil elementary school and taken to hospitals, police said in a written statement. The state of their health was not immediately known.

School shootings are rare in Brazil, even though the country is one of the world’s most violent, with more annual homicides than any other. The last major school shooting was in 2011, when 12 children were shot dead by a former pupil in Rio de Janeiro.

While gun laws are extremely strict in Brazil, it is not difficult to illegally purchase a weapon.

Police said that two adolescents wearing face masks entered the building and started shooting at about 9:30 a.m. local time. The pair eventually shot and killed themselves.

Another shooting took place about 500 meters from the Raul Brasil school shortly before the killings at the school, but it was not yet clear if the two incidents were related.