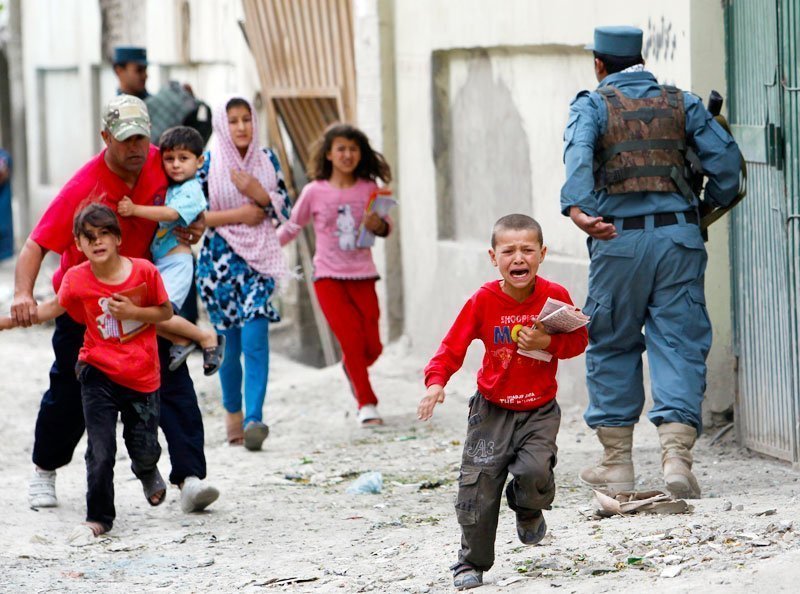 Nine Afghan children were killed on Saturday when a mine exploded as they walked to school, police said, the latest victims in a growing toll of civilian casualties in the war.

The blast happened in the northeastern province of Takhar. Saturday is a school day in Afghanistan.

“This area is under Taliban control and since security forces launched attacks to clear it, the Taliban have planted anti-personnel mines,” Khalil Asir, a spokesman for the provincial police, told Reuters.

“Unfortunately, today, one of those mines exploded and killed nine primary school students,” he said.

The children, aged nine to 12, included four from what Asir described as a “Taliban family”.

A spokesman for the Taliban, who are fighting to oust foreign troops and defeat the U.S.-backed government, was not immediately available for comment.

Civilian casualties have been increasing to record levels this year, despite efforts by the United States and Taliban insurgents to reach a peace deal.

A record 4,313 civilians were injured or killed between July and September, a 42 percent increase from the same period last year, the U.N. Assistance Mission in Afghanistan said last month.

The toll included more than 1,000 deaths, the bloodiest period since the mission began collecting figures in 2009. It brought the number of civilian casualties for the first nine months of the year to more than 8,000.