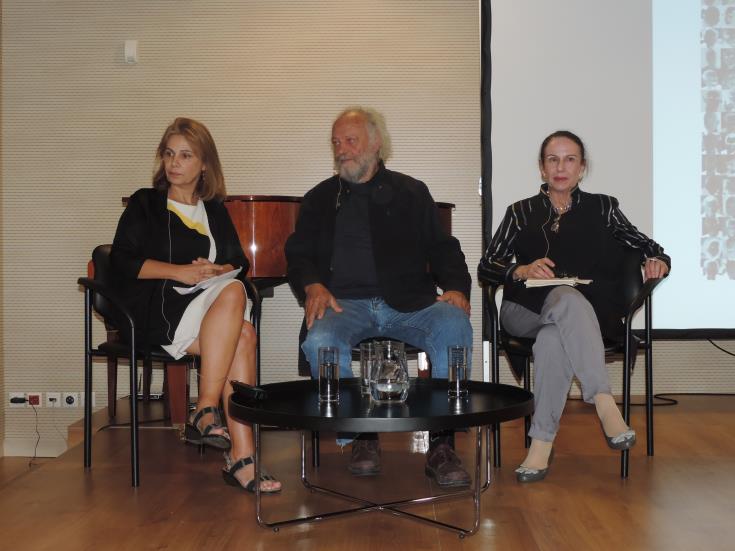 Distringuished Cypriot artist Nikos Kouroussis will receive the Republic of Cyprus 2021 Excellence Award, as it was unanimously decided by the Cyprus Academy of Sciences, Letters, and Arts on September 11, 2021.

A press release issued by the Academy said that Kouroussis is one of the pioneers in the field of visual arts, as an artist with an international reputation and is being distinguished for his talent, which he developed and expressed through his impressive and multidimensional work.

Moreover the press release noted that since the 60`s, he progressed steadily until today and opened new horizons with his dynamic, bold, innovative and interactive creations.

The award ceremony will take place during a formal sitting of the Academy on December 8, 2021, at Nicosia Municipal Theatre.