Night-time covid curfew to end from Thursday, police to intensify inspections at concerts 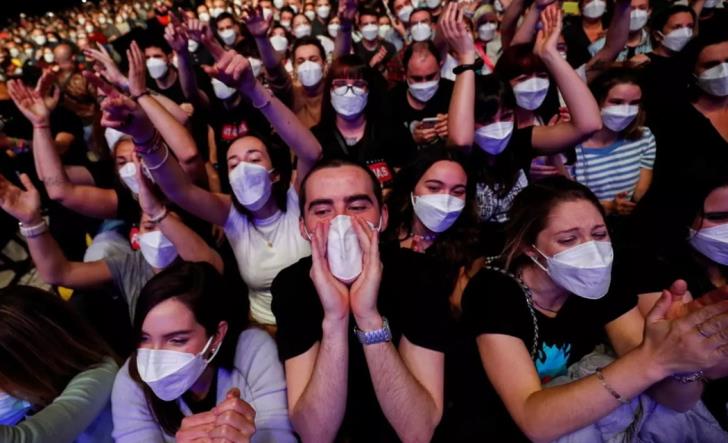 With the night-time coronavirus curfew in Cyprus to be scrapped completely from Thursday, police plan to intensify inspections on whether protective measures are applied on concerts and other crowd-gathering events.

This is what police spokesman Christos Andreou told Philenews, adding that emphasis now will be given where there is an increased epidemiological risk.

“From June 10 when the night-time curfew is scrapped the task of police will become much easier, since it will focus on the observance of measures in various night venues and primarily in crowd-gathering events,” he said.

“Particular emphasis will be given to planned events this month, especially to concerts in Cyprus by Greek artists and on theatre venues,” he added.

Andreou also said that concerts will now be allowed but those attending should wear face masks, keep a safe distance between them and stay seated. Dancing is not allowed, and neither is standing.

Also from Thursday, night clubs will be allowed to resume operations on the basis of a health protocol.

The restriction on the physical presence of employees in their workplaces up to 50 per cent will also be lifted.