Nicosia would be open to UN SG – Anastasiades – Akinci meeting 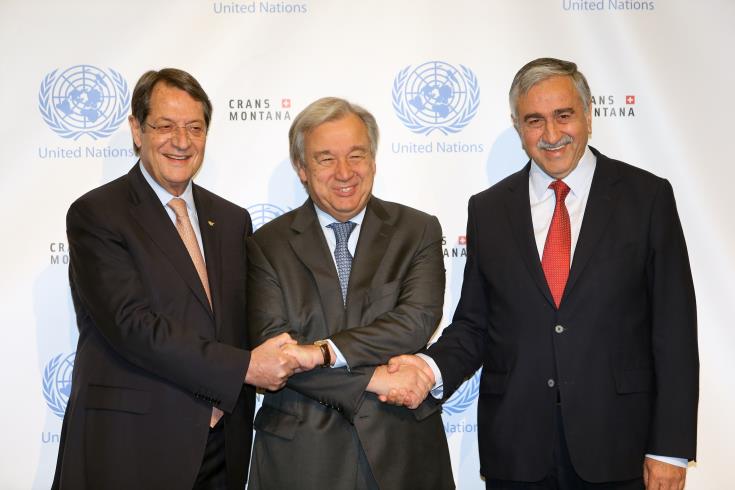 Nicosia appears to be open to the possibility of a meeting between UN Secretary General Antonio Guterres, Cyprus President Nicos Anastasiades and Turkish Cypriot leader Mustafa Akinci after the UN General Assembly if it is proposed by Guterres, a government source has told CNA.

Replying to a question on the matter, the source said that the possibility for such a meeting taking place if the Secretary General asked “cannot be ruled out.”

The Cyprus President, the source added, “is always open to dialogue.”

In the meantime, asked how Nicosia will proceed in the immediate future vis-à-vis the Cyprus problem, the source said that “our position remains stable: Resumption (of talks) through the known UN procedures.”

Cyprus remains divided since the 1974 Turkish invasion of the island. Numerous UN – backed talks, aiming at reunifying the island under a federal roof, have failed to yield any results. A Conference on Cyprus which took place in July last year at the Swiss resort of Crans-Montana ended inconclusively.