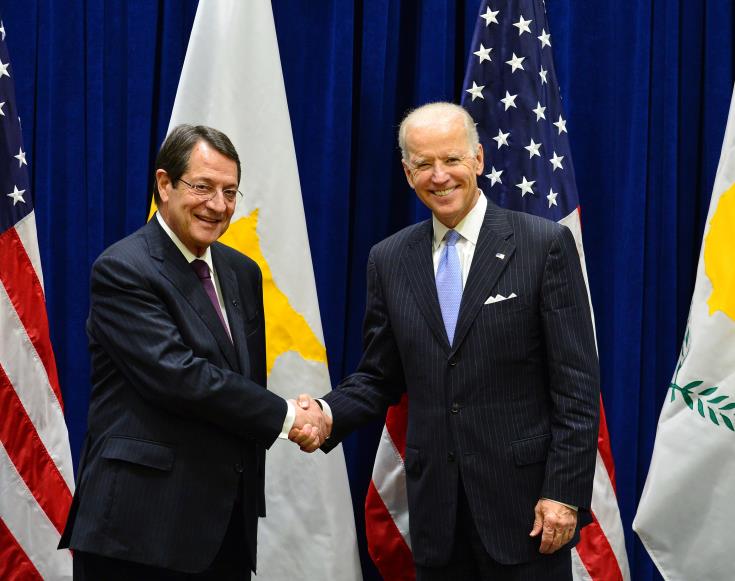 In statements to the media on Thursday, Government Spokesman, Kyriakos Koushos, said according  to a Presidency press release, that “the government welcomes statements by the new US administration, under President Joe Biden, that it intends to actively get engaged at the diplomatic level with a view to help the task of the UN Secretary – General to find a settlement within the parameters determined by the Security Council decisions and the UN resolutions.”

He added that “the clear statements by the new US Foreign Secretary, Antony Blinken, before the US House Committee on Foreign Affairs prove that the significance which Cyprus President, Nicos Anastasiades, and his government have attributed to the relations with the US is correct.”

Moreover, he said that it is important to note that the US Secretary of State said before the US House that “he acknowledges the problems created in the Eastern Mediterranean due to Turkey`s activities, which, as he said, violate the international law or commitments which Turkey has as a NATO ally.”

The spokesman underlined that President Anastasiades has repeatedly expressed his readiness and determination for cooperation in a constructive way so that the new UNSG`s efforts will bear fruit, adding that “towards this direction he is ready to cooperate with the Security Council members and particularly its five Permanent Members, as the US.”

US Secretary of State Blinken said that American diplomacy will be “fully engaged” in the Cyprus issue, while testifying on Wednesday evening before the US House Foreign Affairs Committee.