Nicosia transport workers still on strike, Larnaca’s back to work 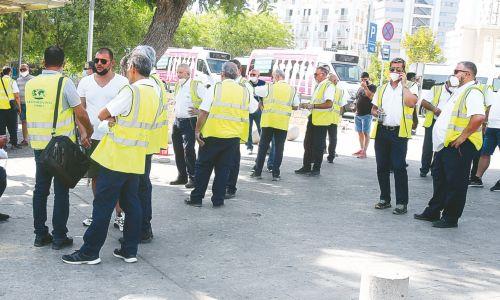 Nicosia workers at Cyprus Public Transport on Wednesday continued striking for a second day running over a pay dispute with the management. But their Larnaca colleagues have gone back to work.

After a long meeting at the Ministry of Communications with all parties involved, Larnaca workers decided to abstain from striking for three days to give the management a chance.

Union representatives argue the workers have not yet received their correct dues for months and that there were other outstanding serious problems with the company.

In the meantime, the company which is running buses in Nicosia and Larnaca, has said they were not informed about Tuesday’s strike by the employees’ unions.