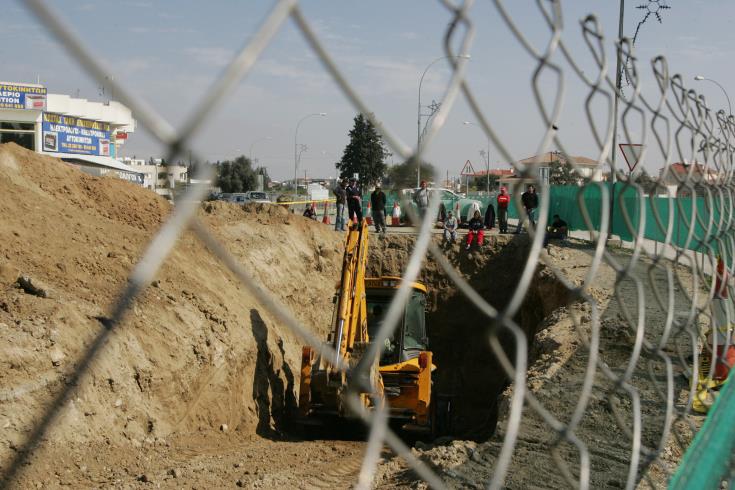 Nicosia is stepping up its international efforts to raise awareness about the humanitarian issue of missing persons, while working to improve internal coordination between competent authorities, following the 2019 action plan for fallen and missing persons, which was approved recently by the Cabinet.

Foreign Minister Nikos Christodoulides briefed the House Committee on Refugees about the plan’s provisions and announced a forthcoming joint meeting with his Greek counterpart and the Greek Minister of Defence.

Speaking during the Committee session, part of which was also attended by the President of the House Demetris Syllouris, Christodoulides said that “we have agreed with the Greek Foreign Minister and the Greek Minister of Defence to have a joint meeting in Greece, also in the presence of the relatives [of missing persons], regarding the internationalisation of the issue as well as about some piece of information which is available” and which could be investigated further.

The Minister of Foreign Affairs also said that on the issue of missing persons no differences or disagreements prevail, and underlined the need to strengthen the cooperation between the executive and the legislative powers. The role of the House of Representatives in implementing the action plan is decisive, Christodoulides added.

Referring to the action plan’s main goals, the Minister said that it aims to raise international awareness about missing persons in Cyprus and strengthen international efforts on this matter. He also referred to improving internal coordination and communication on a local level.

The Minister also stressed that the problem of determining the fate of missing persons is not financial, as there are donations by many countries, but has to do with access to information.

Referring to the damages of €90 m, which Turkey owes to the relatives of missing persons and the enclaved following the European Court of Human Rights decision in the “Cyprus v. Turkey” interstate application, the Foreign Minister said that a relevant draft bill that specifies the way the money will be allocated to beneficiaries is in its final stages. He noted, however, that Turkey needs to fulfil her obligations first.

The Foreign Minister also appeared ready to cooperate with the House in order to appoint a rapporteur on missing persons in the European Parliaments, following EU elections.

The same session was also attended by Leonidas Pantelides, the Greek Cypriot member of the CMP, who spoke about deficiencies in making use of the information available. He also underlined the need to find ways to correlate information on missing persons, contained in a digital database, and said that police assistance might be sought, in order to learn about the steps that are used to build a case and create files for more missing persons or even entire villages.

Presidential Commissioner Photis Photiou lent support to the operation of CMP, regardless of the results, he said however that the Committee’s modus operandi needs to change and become more productive.

In statements after the House Committee session, Photiou said that the action plan unveiled on Tuesday brings together the government and the parliament, in an effort to raise awareness in the international community on missing persons, and try to exert pressure and persuade the EU, the European Parliament, the UN, the permanent members of the Security Council and other organizations.

He also said that according to the action plan, two subgroups operate in order to evaluate incoming information and assist in research. A third group will try to evaluate information contained in books or interviews by Turkish officers who took part in the 1974 Turkish invasion of Cyprus.

Regrading fallen persons, which are not part of the CMP mandate, the Presidential Commissioner said that an excavation programme of the Republic of Cyprus will be unveiled before Cabinet in two weeks. Their number is estimated at over 500 and their relatives want their remains excavated and returned to them, Photiou said, adding that the state has a moral obligation towards these people.