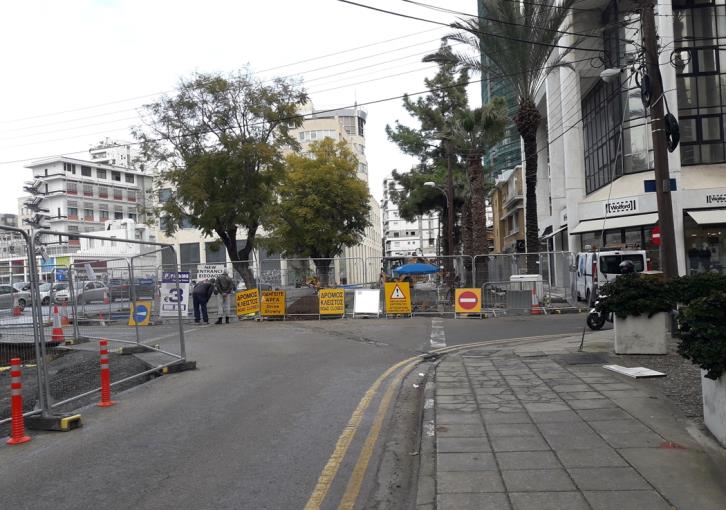 With business plummeting because of road works, shopkeepers in Nicosia’s Mnasiaadou area are planning a protest on Monday as municipality officials said every effort is being made to speed up completion of the project.

Shopkeepers and other businesses told Phileleftheros that turnover was down between 50% and 90%.

Stephanos Koursaris, president of the shopkeepers association Povek said that shopkeepers in the area were struggling to survive because of the plunge in business.

Shopkeepers on Mnasiadou told Phileleftheros that three shops had already closed. They acknowledge that the once the project is completed the area will be much improved but fear they may not survive that long.

A parking lot attendant said business was down 80%, adding that shopkeepers were opening later and closing early.

A shopkeeper on Zena Kanther street said that work was down by 50% while another said he was thinking of closing up.

A spokesman from Nicosia Municipality acknowledged the problem and said every effort is being made to keep problems to a minimum. Traffic wardens are on site to facilitate drivers and efforts are focused on ensuring the project is completed on time.

The municipality has changed traffic flow in the area in order to facilitate access.

The aim is for the Mnasiadou part of the project to be completed by the end of April, with Zena de Tyras to follow after that, the newspaper said.

By In Cyprus
Previous articleMueller says searches yielded evidence of Stone-WikiLeaks communications
Next articlePaphos: Pedestrian hit by car while walking on pavement