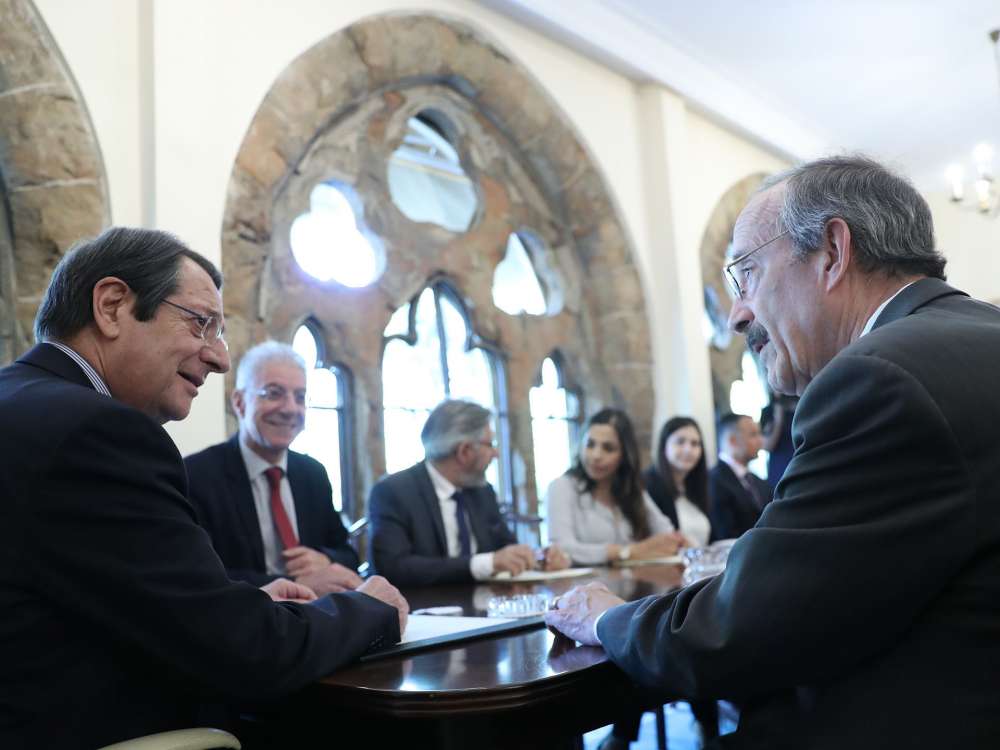 Nicosia has expressed satisfaction over the positions expressed by the Chairman of the US Congress Foreign Affairs Committee Eliot Enge as regards the Republic of Cyprus sovereign rights and the Cyprus-US relations.

In statements to the media after a meeting in Nicosia between the president and Engel, Government Spokesman Prodromos Prodromou said that during the two men’s discussion it was stressed that cooperation among states is to the interest of the whole region, which is facing threats, in order to safeguard its stability.

He also noted that Anastasiades and Engel discussed about the legislation that will be approved in the US as regards the lifting of the US arms embargo on Cyprus as well as other issues regarding the two countries’ relations, in the economy and other fields.

Prodromou said that their discussion was productive and that they reviewed the continuously improving relations between Cyprus and the US.

“Mr Engel has been aware of Cyprus’ issues for decades and has expressed his support to the exercise and defence of the Republic of Cyprus sovereign rights, which unfortunately Turkey is currently trying to question,” he noted

Moreover, the whole spectrum of relations between the US and the Republic of Cyprus was discussed, he added, noting that these relations are being particularly developed in the current period.

President Anastasiades expressed his satisfaction over Engel’s position as regards the Cypriot-US relations and the defence of the Republic of Cyprus sovereign rights, he noted.

Replying to a question, Prodromou said that Anastasiades and Engel discussed particularly about the diplomatic cooperation among Cyprus and neighbouring countries as Israel and Egypt, noting that the US consider Cyprus’ and Greece’s activities in the region as a pillar of stability.