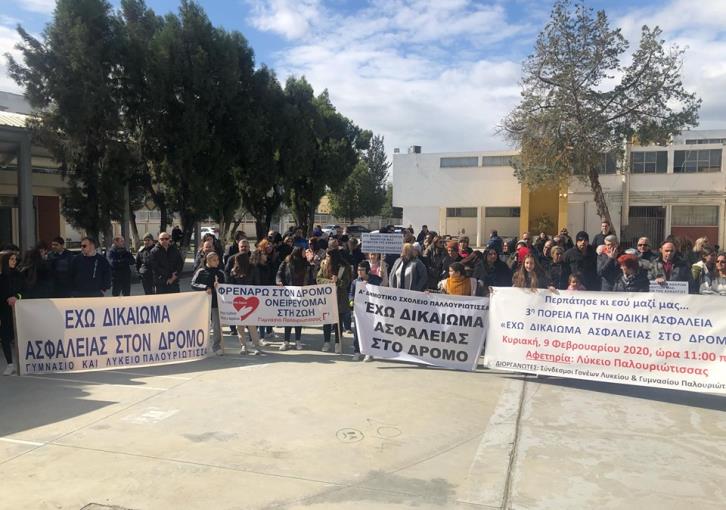 Pupils, parents and a number of associations staged a march in Nicosia on Sunday to press for road safety.

Five people have already lost their lives in traffic collisions so far this year. Parliament is discussing tougher penalties for offenders while police have been authorised to ask the road transport department to revoke the licence of those caught driving under the influence of drugs or alcohol  or speeding excessively.

Under the banner “I have the right to safety on the road” they set off from Palliouritissa high school, covering a 2.5 km route through Kaimakli and Palliouritissa to raise awareness about road safety.

The third annual march, it was preceded by a ceremony in memory of Panayiotis Eleftheriades, Stephanie Chrysostomou, Yiorgos Eleftheriades, Andreas Nicolaou, Nectarios Zalisti, Yiorgos Foulia — all road victims from the two neighbourhoods.

Addressing the crowd, president of the school’s parents association Elena Georghiou underlined the importance of nurturing a mature attitude that respects life.

“Road safety is an indication of a country’s civilisation. Efforts to entrench road safety should not be the responsibility of just the police but of society as a whole,” she said.

Also taking part were members of the support group for the families of road victims. Their representative Michalis Halkos said the state must impose stiffer penalties for traffic offences and the courts must hand down tougher sentences.

The march was held under the auspices of the Nicosia School Board in cooperation with the Palliouritissa high school parents’ association, Omorphita police station and Nicosia’s community police and neighbourhood watch. 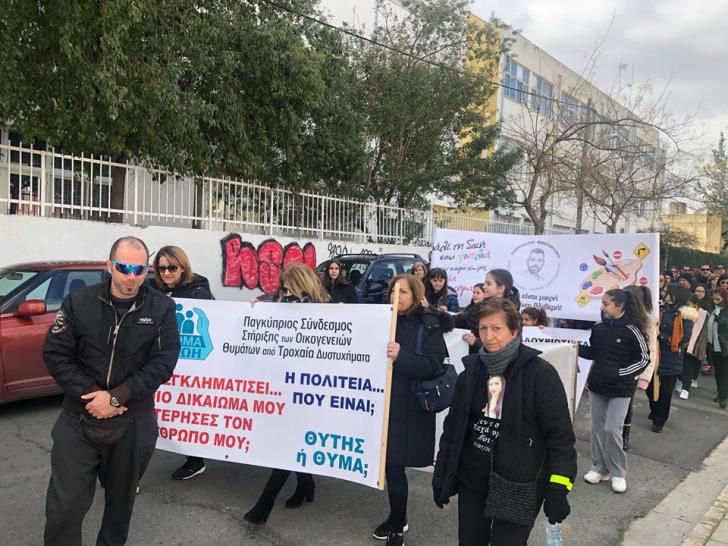