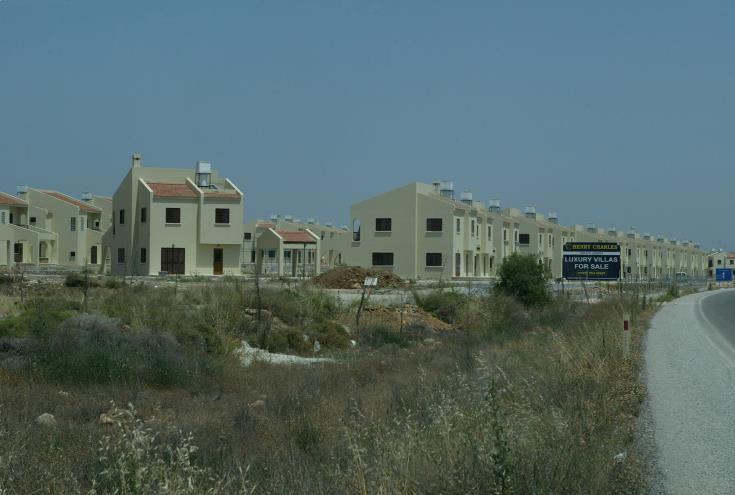 Nicosia has protested to the Council of Europe over the exploitation of Greek Cypriot property in the Turkish- occupied areas of Cyprus, noting that illegal development has continued unchecked.

In a memorandum to the Committee of Ministers, the government of Cyprus also speaks of a “deliberate policy of thwarting the rights of Greek Cypriot owners to restitution of their properties.”

According to the memorandum, the illegal development in the occupied areas covered in 2001 an area of approximately 107 sq km, and increased to 207 sq km in 2007, and 279 sq km. in 2014. In addition, Nicosia says there is evidence of significant development in the Morfou and Karpasia areas “on a scale not seen in previous years.”

The Committee of Ministers is set to resume consideration of the issue of the property rights of displaced Greek Cypriots at a meeting in Strasbourg, between September 18-20.

In the memorandum, the Republic of Cyprus expresses grave concern about Turkey’s “continued complicity” in the unlawful sale or exploitation of Greek Cypriot homes and properties in the occupied areas of Cyprus.

Cyprus also urges the Committee to recognize the urgency of the matter and take appropriate action to ensure that Court judgments are given full effect by Turkey.

The Cypriot government also annexes a selection of articles in the Turkish Cypriot press, dating from 2017 and 2018, which it says provide evidence of the active involvement or encouragement on the part of the Turkish-occupation authorities in the continuing illegal exploitation of Greek Cypriot properties in the northern part of the island.

It is added that the deliberate use of property distribution “as an instrument of what amounts to ethnic cleansing” is exemplified by the words of the chair of the immovable property commission (IPC), as reported in the Turkish Cypriot daily “Diyalog” on 24 March 2018. According to the report, the chair of the IPC said that “… the more land is Turkified, the right of the Greek Cypriot side to demand land in the north will be abolished.”

The government of Cyprus requests finally that the Committee of Ministers takes a decision in its forthcoming meeting, reaffirming that the transfer of, or construction in the occupied areas on Greek Cypriot properties, without the consent of the lawful property owners, constitutes an ongoing violation of their property rights.

Nicosia further calls for immediate steps to prevent such transfers or construction and for the immediate cessation of encouraging or promoting the sale or use of Greek Cypriot properties in the occupied areas of Cyprus without the consent of their Greek Cypriot owners.

The government reiterates finally its demand that Turkey pays the amounts awarded by the European Court.

In a separate memorandum to the Committee of Ministers, Nicosia refers to the case of Titina Loizidou, regarding her right to access the property she owns in the Turkish-occupied part of the island. It is pointed out that the IPC is incapable of providing the effective framework of redress, the applicant is entitled to and calls on the Committee of Ministers to resume the supervision of the case.

The government finally expresses grave concern that the unconditional obligation to pay just satisfaction in some of the cases of the Xenides-Arestis group (concerning properties) and in the Varnava case (concerning missing persons) has been neglected for many years, despite the Committee’s repeated calls for the Turkish authorities to pay the sums awarded by the Court.

Loizidou’s lawyer, Achilleas Demetriades, also sent a letter to Strasbourg, noting that nearly 30 years after filing her application, Loizidou is still trying to vindicate her rights. He adds that only the Committee of Ministers is competent to bring about the enforcement of the judgment related to her case and says that the applicant would have no objection if the Committee wishes to refer the matter to the European Court, according to Article 46.