Nicosia performances cancelled after uproar over use of horse 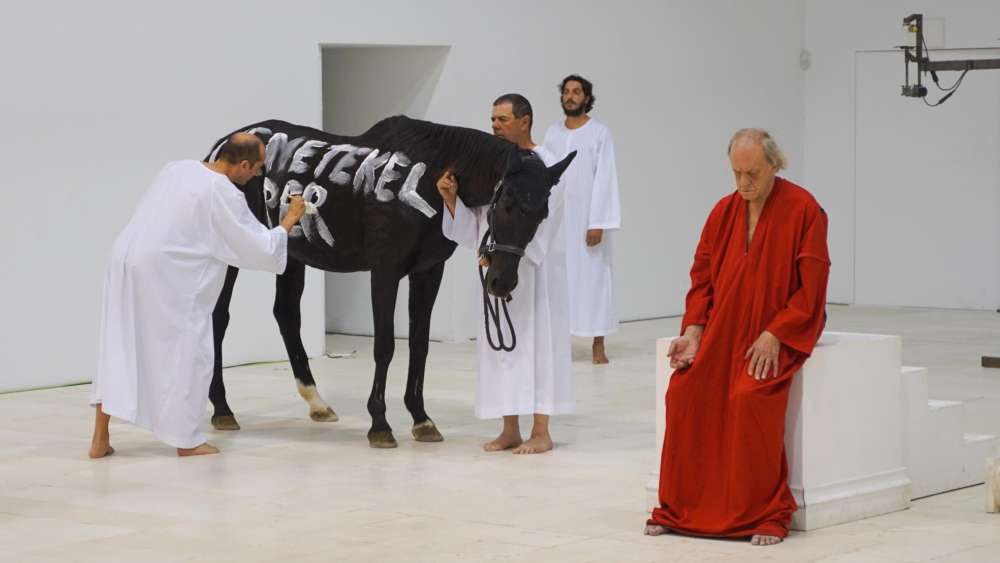 Four performances of Julius Caesar – Fragments that were due to be held today and tomorrow as part of the Kypria festival have been cancelled after protests from animal activists over the use of a horse on the stage.

Philenews said organisers had come under pressure from the Education Ministry and the Veterinary Services as had the owner of the horse who decided to withdraw it from Wednesday’s and Thursday’s performances.

The production by celebrated Italian author and director Romeo Castellucci reportedly cost €60,000 with philenews saying that the Italian embassy which had contributed to this production coming to Cyprus is ‘displeased’ with developments.

At some point today it was suggested that the performance be carried out without the horse but this was rejected both by the word famous Italian director and the organisers.

The furor arose after Animal Party Cyprus said a complaint has been filed with Nicosia police for mistreatment of an animal after a horse was brought on to the stage during a theatrical performance in Nicosia on Tuesday night.

It said that it has received a complaint from a concerned citizen that the horse was clearly stressed. It was brought on stage by a handler for several minutes and at one point an actor painted on the horse — only aggravating its stress, it said.

The party asked the Veterinary Services to investigate and said that should they find that that the animal was mistreated for it to be withdrawn from the next four performances.

But Kypria artistic director Antis Partzilis told Radio Active that the horse is not ‘painted’ but rather actors use biological spray while the horse’s trainer is also on stage.

He said while he respected the Animal Party, there had been no abuse.

“Paint is not used and the white you see is shaving cream. It is a trained and friendly horse used to train children and can be used in events. The handler is a qualified trainer and we have vets there in case something is needed,” he said.