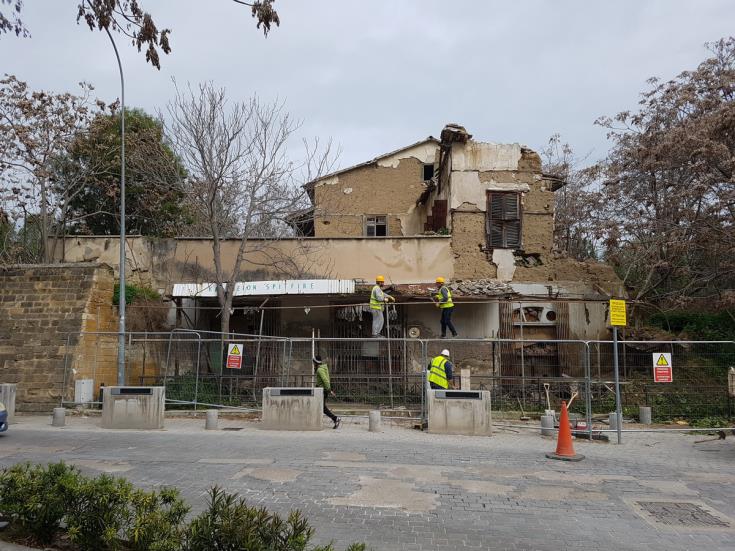 Nicosia Municipality on Friday suspended works at the dilapidated Spitfire café building at the buffer zone area of Paphos Gate because of continuous harassment by Turkish troops.

And it announced on facebook that regrettably the UN Peacekeeping Operation in Cyprus (UNFICYP) had done little to stop the harassment despite ongoing talks on this over the past year and a half.

Since the contractor could not continue with the necessary works to prevent the building’s collapse he has suspended activity, added the Municipality.

This prompted the prompt response of UNFICYP whose spokesman told CNA that they continue to actively patrol the sensitive area around Spitfire café and closely monitor developments on the ground.

Aleem Siddique also said that they are engaging with relevant stakeholders on both sides and at the highest level to arrive at a peaceful resolution and prevent tension.

“The Mission reiterates the need for all concerned to work constructively with UNFICYP to that end…at this juncture, UNFICYP calls on involved parties to suspend all ongoing activity in and around Spitfire Cafe.”

Spitfire building was an emblematic Nicosia spot that was left to deteriorate after the 1974 Turkish invasion of Cyprus, after the coffee shop fell within the borders of the UN-controlled buffer zone separating the divided island.