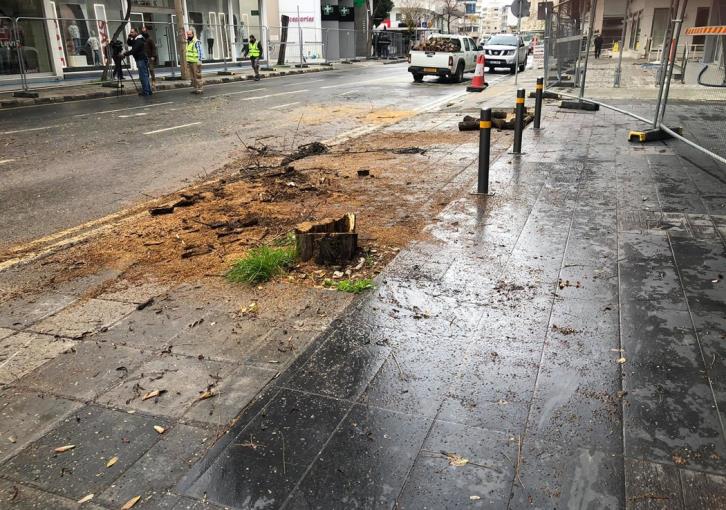 In a written statement, Mayor of Nicosia Konstantinos Giorkatzis replied to criticism about the fact that 65 trees have been cut in Makarios Avenue.

The Mayor recommends patience and trust noting that most of the trees that have been cut were old or had problems while the Municipality intends to plan 300 new trees.

He noted that the target is to create a beautiful and attractive environment which will be able to compete with the centers that have been established in the region and have led the center of Nicosia to decline.

For this to happen, he added, Makarios Avenue must be upgraded with pavements where the citizens can walk freely.

He also pointed out that the policy of the Municipality is to increase the number of trees in many areas where avenues and streets have been upgraded.