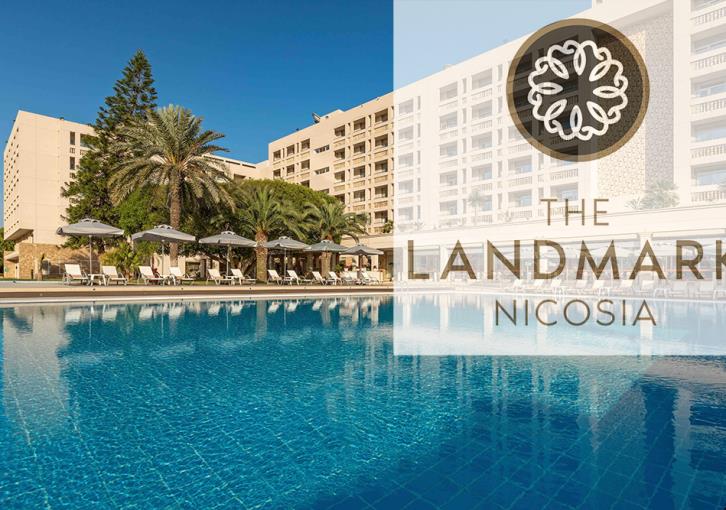 After its acquisition by PANGAEA and Invel, the Nicosia Hilton is changing its name to The Landmark Nicosia.  The new name and logo will come into force on June 1.

The change by the new owners was anticipated.

Christoforos Papachristoforou, founder and managing director of Invel and executive vice president of PANGAEA said that with the change of ownership, the time has come for Nicosia’s most important hotel  to regain the stature that befits it.

He said that Invel and PANGAEA pledge to revive the hotel with a long term investment plan that will capitalise on its huge untapped potential.

The name Landmark Nicosia is a natural development of this ambitious course, as the property has been a landmark in Nicosia since 1967.

The new name, new dynamic ownership, new vision and ambitious plan for Nicosia’s five star hotel will  enhance the image of Nicosia and the area more widely, the company said in an announcement.

PANGAEA and Invel Real Estate paid €56.7 million to take over 100% of the company that controls Hilton Cyprus Hotel  — a historic development for the five-star hotel which is changing hands 12 years after MIG took over the majority stake.

According to the Public Offer, Vibrana Holdings which owns 90% of PANGAEA and 10% of Invel, will pay €18.9 per share for the acquisition of up to 100% of the company.

A few months back, PANGAEA also acquired the former Holiday Inn in old Nicosia and announced that it will lease it to Zeus International which is to operate the hotel under the international brand name of Wyndham. At the same time, Invel, owner of Aphrodite Hills, has handed over the management to Atlantica Group.

By In Cyprus
Previous articleTemperatures reach 41.9°C – highest ever recorded in May
Next articleOne arrested, two wanted for allegedly scamming two men out of €55,000