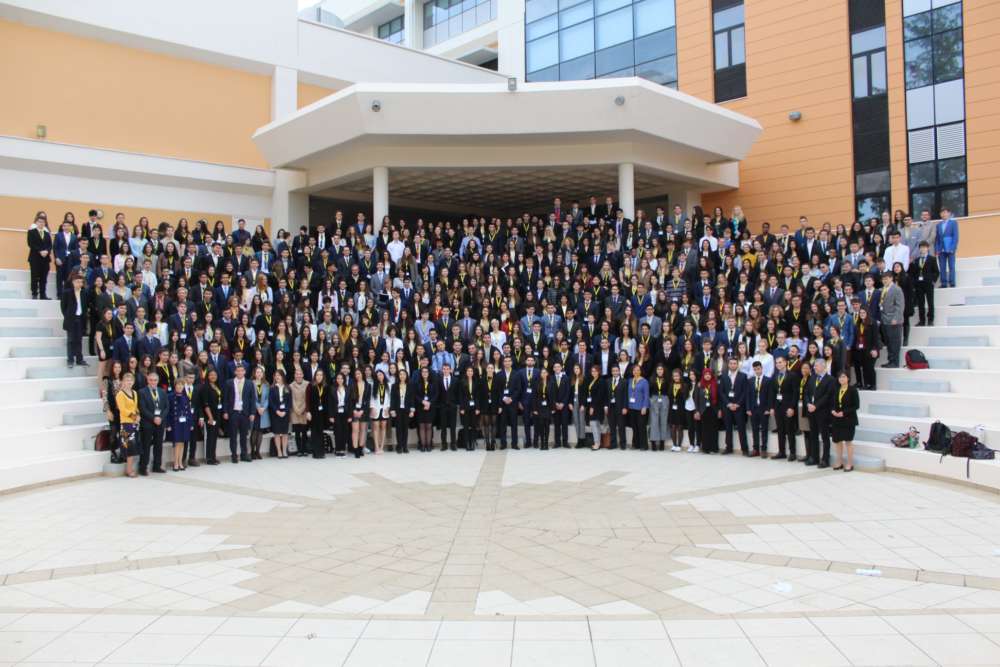 Two bill proposals emerged from the 15th edition of the Mediterranean Model United Nations (MEDI.M.U.N.) held at the English School in Nicosia with the participation of more than 400 students from around Cyprus.

During these events, students under the guidance teachers become delegates of a UN member that has been assigned to them, and after they’ve researched their country extensively they come together in an annual event to discuss, write and debate resolutions on current world issues. Teachers monitor the process to ensure that the conference adheres to the ‘Parliamentary Procedure’ of the UN.

The Cypriot edition was launched in 2006 at the initiative of students from the English School in Nicosia and has been taking place annually since.

The theme of this year’s conference was ‘Climate change and protection of the environment’ and aimed to look for remedies to the ecological plight the planet is experiencing.

The event was attended by Environment Commissioner Klelia Vasiliou who delivered an opening speech noting that “This planet does not need us, but we need the planet.”

Emilia Strovolidou, Public Information Officer at UNHCR Cyprus, spoke of war and persecution as being the primary drivers of involuntary immigration globally, but added that “climate change and associated natural disasters are additional factors. Climate change also increases the frequency of extreme weather phenomena, contributes to destabilisation and conflict, and if not addressed imminently will lead to more people abandoning their homes.”

The conference’s resolutions will be presented before a committee comprising members of UNHCR, young refugee leaders and independent experts.

The best ideas will be communicated to authorities responsible for devising policies on the relevant matters and will be circulated to UNHCR social media followed by millions of people.

The best proposals will also be awarded in a ceremony to take place in 2021.