Nicosia bus services in the hands of Kapnos consortium 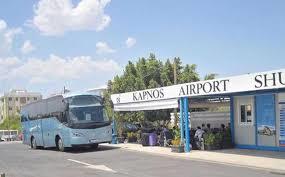 The Administrative Court in Nicosia dismissed yesterday the action brought by O.S.E.L. (Transportation Organisation of Nicosia District) against the decision to award the Nicosia bus services contract to the MLKP Malta Lines Ltd and Kapnos Airport Shuttle Ltd Consortium, Phileleftheros reports, which officially makes the Kapnos consortium the winner of the competition announced by the Ministry of Transport last July.

The contract for Nicosia was initially awarded to the consortium in November 2019 by an evaluation committee that decided that the offer of €175,643,155 million + VAT submitted by MLKP and Kapnos — which also stipulates that the Ministry has the right to expand the services by 50% for the amount of €83,454,000 + VAT — was the most beneficial financially.

The enactment of the decision was then put on hold by the court in December when OSEL submitted an appeal against it saying that the winning bidders did not fulfil fundamental criteria of the competition — namely that the Kapnos consortium could not show evidence of prior experience in transport — and should have therefore been disqualified.

The Court studied the evidence including both submitted offers and decided that OSEL’s claims were unfounded.

As a result, OSEL’s action was dismissed, thus awarding the contract to the MLKP Malta Lines Ltd and Kapnos Airport Shuttle Ltd Consortium.