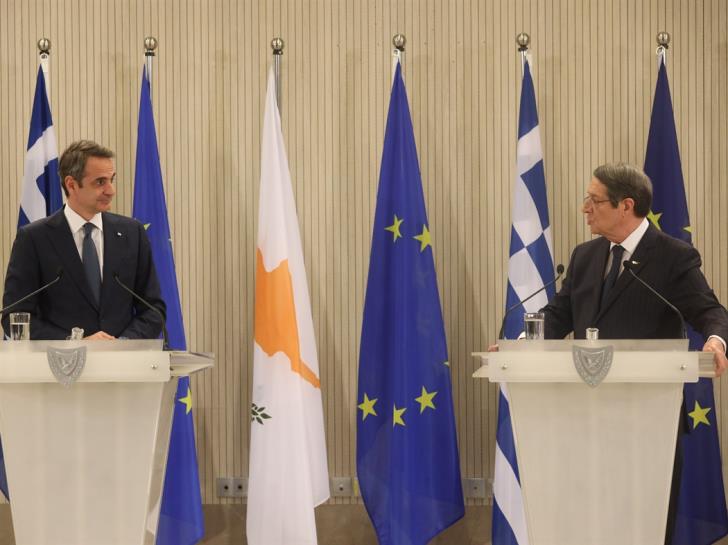 Nicosia and Athens have jointly drawn a red line on the principles of the Cyprus problem’s solution in view of an informal UN-brokered summit on the divided island in March, Philenews reported on Tuesday.

Greece, Turkey – which still maintains troops in the northern part of the island after a 1974 invasion – and the UK are the three guarantors of Cyprus’ independence. And they would need to sign off on any peace deal.

Greek Prime Minister Kyriacos Mitsotakis was in Nicosia on Monday for a working visit during which decisions on the substance of the problem were taken along with Cyprus President Nicos Anastasiades.

The two leaders said after their talks that Cyprus and Greece will only accept a peace deal based on U.N. resolutions, rejecting a two-state formula supported by Turkey and Turkish Cypriots.

The United Nations is set to invite Cyprus’s rival communities and foreign ministers from Greece, Turkey and Britain to a summit in March to decide how to move forward on this conflict.

Athens and Nicosia remain focussed on decisions of the United Nations, and which are the only agreed and binding framework for a solution, they said in a joint statement.

Governance is a key point in dispute. U.N. resolutions call for the island’s reunification under a two-zone federal umbrella, on the basis of 1977 and 1979 agreements between the two sides.

Although that basis has been reaffirmed intermittently over the years, Turkey and the breakaway state have frequently called for a confederation, or two-state union.

That formula implies Turkish Cypriot sovereign authority which Greek Cypriots – who represent the whole of Cyprus internationally – refuse to discuss.