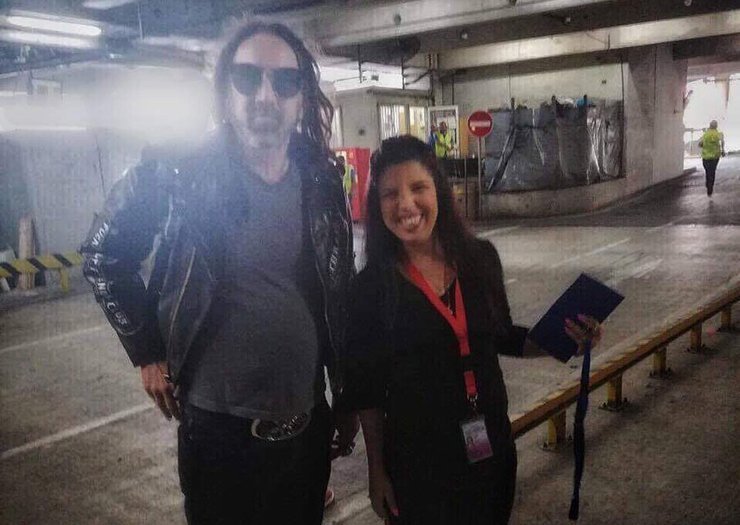 Cyprus Airports posted a picture of Nicolas Cage on Twitter, as the actor arrived in Cyprus on Thursday.

The Academy Award winner will star in the Movie ‘Jiu Jitsu‘ which will be filmed in Cyprus.

Cage will be starring in the new movie, “Jui Jitsu”, which will be filmed exclusively on the island. We wish Cage good luck, and we look forward to the future of filming in Cyprus! pic.twitter.com/Cebiq87Ild

A science fiction and martial arts film, the production cost is estimated at €24.6m. According to Hollywood Reporter, it will have Cage fighting an alien.

It will be the first high profile production under recent incentives aiming to establish Cyprus as a filming destination under the name Olivewood.

Cage received an Academy Award, a Golden Globe, and Screen Actors Guild Award for his performance as an alcoholic Hollywood writer in Leaving Las Vegas (1995).