NGOs: Increasing number of asylum seekers in Cyprus without shelter 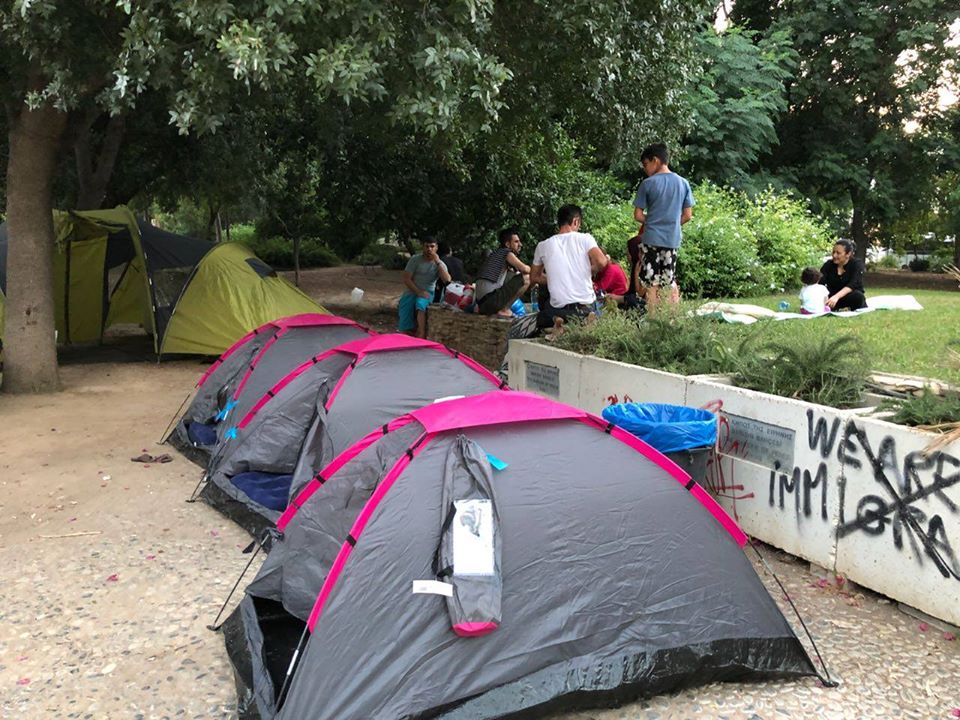 NGOs Caritas Cyprus and the Cyprus Refugee Council have sounded the alarm over the increase in the number of asylum seekers and refugees without shelter and basic provisions.

In an urgent letter sent to Labour Minister Zeta Emilianidou on Tuesday, executive manager of Caritas Cyprus Elizabeth Kassinis said that many are now forced to live in the open and on the streets.

“While some of these problems are not new, they are becoming acute,” she said. The current level of benefits is proving inadequate – rent allowances are too low and their delay and inconsistency make it impossible for many asylum seekers and refugees to secure and maintain accommodation, she added.

Kassinis said that as of Monday, some of those who had contacted Caritas Cyprus for assistance are now forced to live in a municipal park, including families with children as young as one-year of age.

And in a post on its Facebook page, the Cyprus Refugee Council warned that the situation will continue to deteriorate. It said that access to employment for asylum seekers is severely limited for the first six months and then restricted to sectors with low wages and few vacancies. Many offer no opportunity for families with children who require care or schooling.

“We call on the authorities to take immediate action and provide basic and dignified living conditions for all and in line with international minimum standards,”  the Cyprus Refugee Council, which works closely with UNHCR, said.

They were among a growing number of asylum seekers and refugees who are hungry, homeless and hopeless.

Caritas Cyprus said after exhausting all support to which families are apparently entitled, they have reached the end of their means and are left without shelter and food.

“As a result they are now forced to live in the streets. As a humanitarian organization we will continue to try and provide for their basic food needs, but accommodation is beyond our abilities,” the NGO concluded.

The letters highlight what has become a chronic problem for asylum seekers and refugees in Cyprus, an issue recently highlighted by UNHCR. The UN agency for refugees interviewed three young   Cameroonian asylum seekers saying: “People who have fled persecution and violence in their home countries are facing the risk of homelessness, destitution and desperation in Cyprus.”

With the Kophinou centre usually full, other refugees are obliged to rely on the allowance given by the authorities – starting at €100 a month and rising to €200 for families of four and more — but this inadequate to find accommodation.

Compounding the problem, Government-provided assistance is unreliable. Rent checks to landlords are late to begin (often there is a two- to three- month delay) and can be inconsistent in arriving.

As a result, landlords are increasingly unwilling to rent to anyone receiving welfare.  They do not want the hassle of chasing payments and fighting the bureaucracy.  In one recent case, 58 landlords and estate agents were contacted to find secure accommodation for a family of four asylum seekers.  Only three were prepared to rent their properties, but only at amounts that exceeded the rent allowance.

Last month, a mother of two young children found herself and her family living in tents in a Nicosia park – only to be finally accommodated at Kophinou.