NGOs: How do bird trappers slip through hands of authorities? (video) 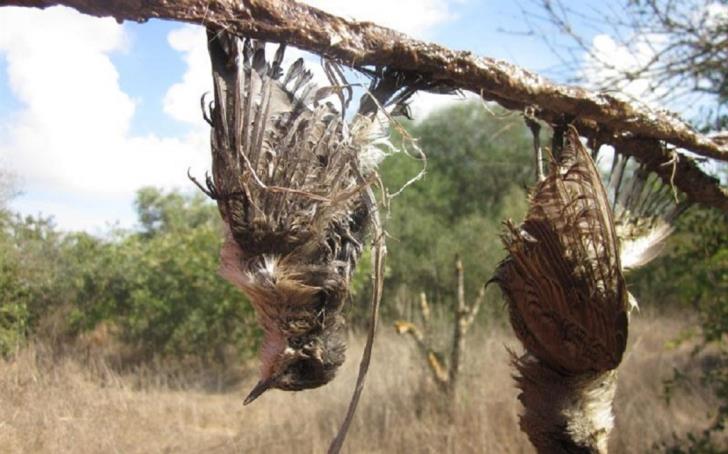 Recent events and a shocking video that has seen the light of the day raise serious doubts about the ability of the authorities of the Republic of Cyprus to tackle organised and large-scale bird trapping, says BirdLife Cyprus.

In a post on its website, the NGO said it is deeply concerned about the authorities’ effectiveness in tackling organised crime related to illegal bird trapping.

More specifically, a well-known trapping site in the Republic remains active despite repeated complaints that various environmental organisations have made to the authorities. Birds have been trapped on a large scale for years at this site, and while this has been repeatedly reported to the Cypriot authorities, the few law enforcement actions that have taken place appear to be limited in scale and are evidently no real deterrent.

The RSPB (BirdLife in the UK) has posted on its website a video, which, in conjunction with the history of complaints made by BirdLife Cyprus and CABS to the authorities, raises questions about law enforcement on ‘big’ trappers.

In the video, one can see at least eight mist nets set up and a number of trappers throwing stones and shouting to drive birds towards the nets. The trapped birds are then placed in buckets and are taken to a collection point at a nearby small building. A relevant complaint was made to the authorities at the time, but they were unable to respond on the day and said that they would visit the site the following day. When they did check the site, the authorities said that they had found nothing.

The video by the RSPB and CABS can be seen here below:

CABS returned to the area for another inspection a few days later and found that the trapping operation was again in full swing.

“BirdLife Cyprus and CABS continued to push the authorities for action. When the authorities returned to the area again a few days later, they issued a fine for only one net and only one trapped bird – a stark contrast to what the field teams have been repeatedly witnessing,” the NGO said.

According to CABS and the RSPB, trapping at the site was again in full swing the following days.

“It is evident that a large-scale trapping operation is going on in the area on a daily basis, except for the days when the authorities visit the area,” it said.

BirdLife Cyprus has repeatedly requested a meeting with the authorities to discuss the issue of large-scale trapping and to present the evidence collected by all the environmental organisations.

“BirdLife Cyprus calls on the authorities to account for this ongoing situation, given the obvious questions that arise. Although trapping levels have generally declined in recent years, how do such cases of organised and large-scale trapping slip through the hands of the authorities?” it queried.