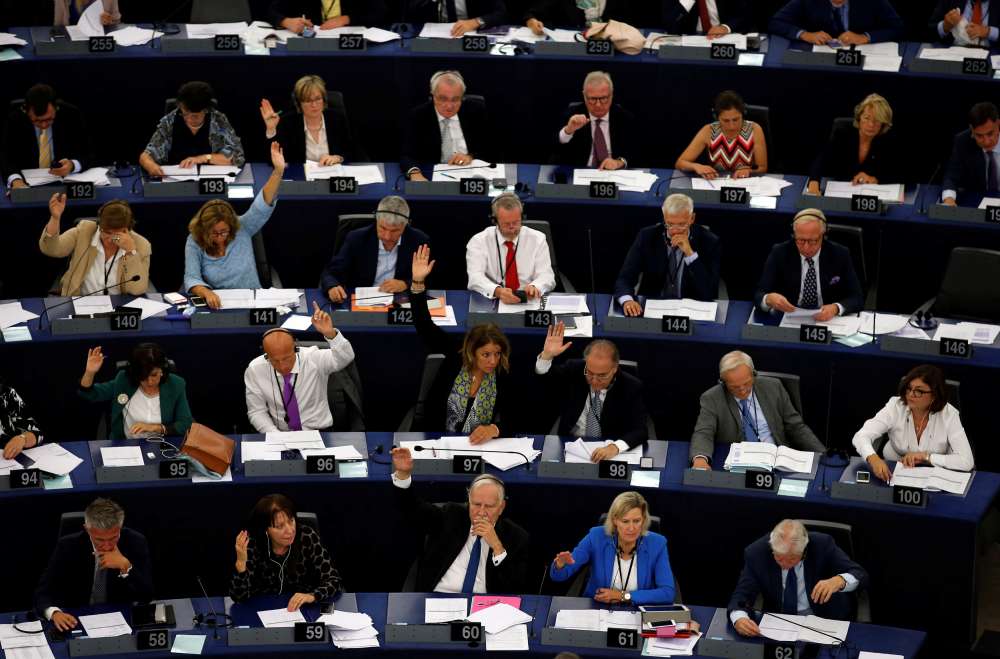 The 2019 European Parliament elections to take place 23-26 of May 2019 are probably the most crucial ones in the history of the EU.

The main concern of the EU institutions is Euroscepticism, the rise of political forces that are openly opposed to the European idea but also the misinformation and fake news that damage the image of the EU.

Thus, EU institutions have shaped their communication strategies in view of the elections that will be the first after Brexit to take place on the 29th of  March 2019.

“The next European elections will undoubtedly be a battle, not just between the traditional parties of the Right, Left and Centre but between those who believe in the benefits of continued cooperation and integration at EU level and those who would undo what has been achieved over the last 70 years,’” EP Parliament President Antonio Tajani has said.

He added that “it is essential to continue the effort of demonstrating to citizens that the EU contributes in many ways to their well-being and protection.”

According to a survey from the EP, Cypriot citizens would like the following issues to be discussed during the campaign, firstly economy/development, followed by youth unemployment, security and defense policy, human rights and democracy and immigration.

On a pan-European level, first priority is immigration followed by economy, youth unemployment and terrorism.

The EP September 2018 survey showed that 62% of European citizens believe that their countries EU membership is a good thing whilst over two-thirds of respondents (68 %) are convinced that their country has benefited from being a member of the EU, which is the highest score ever measured since 1983.

In addition and in the light of Brexit, 66% of Europeans said they would vote for their country to remain a member of the EU (a majority in all member states) and only 17% would contemplate leaving, with 17% undecided.

The EP strategy ahead of the elections would concentrate on explaining why these elections are crucial and why it is important to continue the cooperation which contributes in many ways towards the prosperity and protection of EU citizens.

The EP has launched a platform called www.thistimeimvoting.eu, which is a community of volunteers/supporters who sign up to help encourage a higher voter turnout at the European elections.

A very important tool would be the website whateuropedoesforme.eu, which is expected to be launched on the 14th of November.

The European Commission’s strategy will aim to demonstrate the accomplishments of the EU, emphasizing on each country and showing examples of how the EU has changed the lives of citizens.

Three campaigns run at this time, called EU and Me, EU protects and  EU delivers.

The journalists also had the opportunity to discuss with three Cypriot MEPs. Costas Mavrides (Group of the Progressive Alliance of Socialists and Democrats in the European Parliament/DIKO) said that the EU is our common home and must be protected and improved, not destroyed, while Takis Hadjigeorgiou (Confederal Group of the European United Left – Nordic Green Left/AKEL) said that although the EU has still a long way to go, it continues to constitute humanity’s hope in the light of  the many challenges we now face. Eleni Theocharous, (European Conservatives and Reformists Group/Independent) said that European citizens should consciously go to vote, know why they vote and also be aware of the importance of the European elections and the importance of their own participation.

It is noted that the number of MEPs will be reduced to 705 from 751 due to Brexit.

Elections in Cyprus will take place on the 26th of May.

By In Cyprus
Previous articleThere must be no deviation from a bizonal, bicommunal federal model for Cyprus, EPP underlines
Next articleDistance Greek language learning for expats by Open University