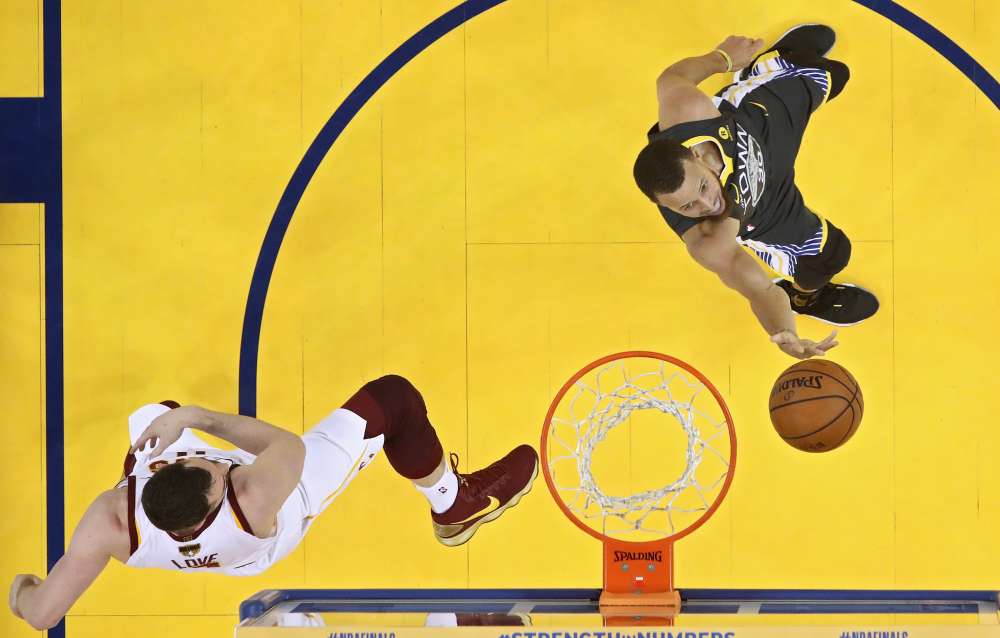 Golden State’s high-powered offence was too much for the Cleveland Cavaliers as the Warriors claimed a 122-103 victory in Game Two of the NBA Finals on Sunday to take a 2-0 lead in the best-of-seven series.

Stephen Curry and Kevin Durant combined for 59 points in a wire-to-wire victory that puts the defending champions just two wins away from their third championship in four years.

Despite the offensive fireworks, Warriors coach Steve Kerr said it was an improved defensive effort that led to the win.

“We just played a more intense defensive game tonight than we did in Game One,” he told reporters.

“It’s not about scoring, it’s about the defensive intensity.

“We’re happy with the way we played. But we know this is just getting started.”

Surprise starter JaVale McGee ignited the home crowd by hammering down some alley-oops to give the Warriors an early lead.

Coming off a tough loss in Game One, the Cavs stayed within striking distance for most of the contest until a flurry of second-half three pointers by Curry overwhelmed the visitors and sealed the win.

Cavaliers’ forward Kevin Love provided a spark with 22 points but it was not enough to pressure the Warriors, who shot 57 percent from the field and 41 percent from behind the arc.

Cavaliers’ coach Tyronn Lue said he was happy with how his team battled back from a 13-point halftime deficit to keep it a single-digit game for much of the third quarter.

“I was very proud of our guys, the way we competed in that third quarter because we could have let go of the rope down 13,” he said.

“We came out, we fought. We kind of saw some things offensively that worked, so we have to continue to keep capitalizing on that.”

Kerr said the Warriors would not take their series advantage for granted, especially since they blew a 3-1 lead to the Cavaliers in the 2016 Finals.

“The guys in the locker room, they already know that. They know how hard it’s going to be in Cleveland.”