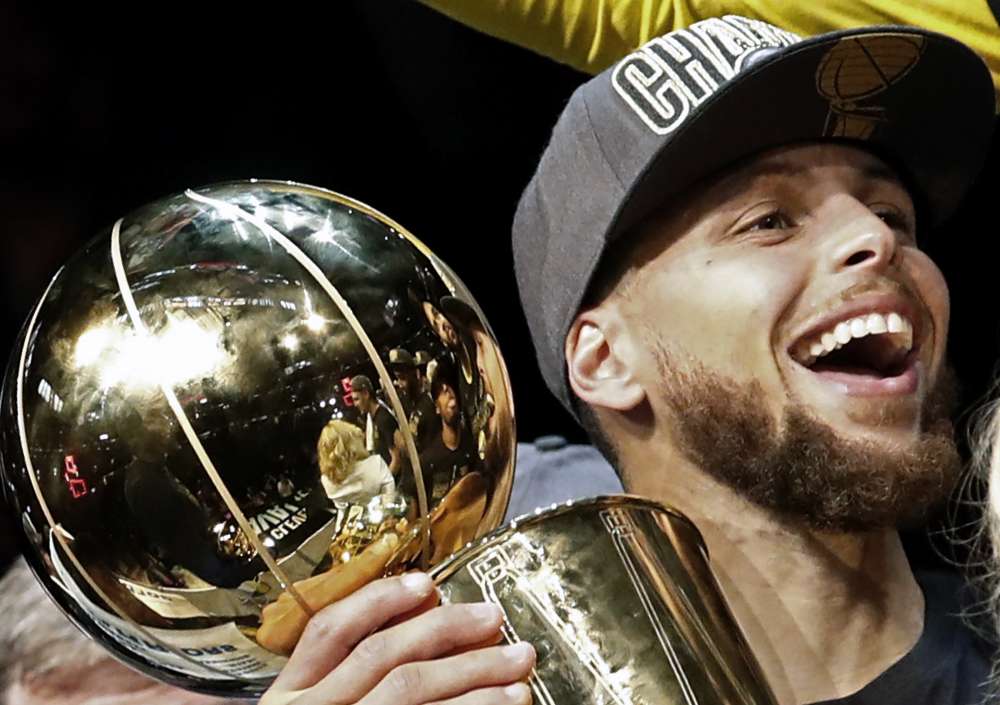 The Golden State Warriors, who have long stated their desire to be perennial title contenders, moved into full dynasty mode on Friday by capturing their third NBA championship in four seasons.

The sheer ease of their disposal of the LeBron James-led Cleveland Cavaliers in the championship series sent a loud and clear message to the league that they are not about to vacate their perch any time soon.

“We’ve got a bunch of guys in the locker room that don’t care about anything but just being better basketball players every day and winning,” the Finals Most Valuable Player Kevin Durant told reporters after his team won the best-of-seven series 4-0. “It makes the environment great.”

While the NBA is not entirely immune to upsets, it is hard to see another team solving a Warriors squad which boasts an offence that rivals the greatest in the league’s history.

The Warriors have morphed into a shot-making, scoreboard-breaking behemoth stacked from top to bottom with Hall of Fame-level talent like Durant, Stephen Curry, Klay Thompson and Draymond Green.

Their depth covers injuries, off nights and backcourt struggles, with players stepping at just the right moments to deliver a locked-in performance.

“All of us together are just unselfish,” said Warriors centre JaVale McGee.

“We don’t care if we’re getting buckets or not getting buckets. As long as we’re doing the right thing, we’re in the right spots, we’re helping each other out on defence, it just works for us.”

The Warriors could very well have been celebrating their fourth consecutive title had they not done the unthinkable in 2016 when, after a record-setting 73-win regular season, they became the first team to squander a 3-1 lead in the Finals.

But that letdown, which came weeks before Durant joined an already-powerful Warriors team, proved a minor bump on the road to greatness.

The Warriors now join a select list of teams to win three NBA championships in four years and are expected to add to that impressive haul. Las Vegas bookmakers last week listed them as the prohibitive favourites to triumph in 2019.

“So wherever that puts us in the conversation in the history of the NBA or, you know, titles around dynasty and all that type of stuff … we’ll have plenty of time to discuss that later. We want to keep this thing going as long as we can.”

By In Cyprus
Previous article26 year old in critical condition after crashing into cement barrier
Next articleUS, EU take small step on trade, but no breakthrough at G7 summit