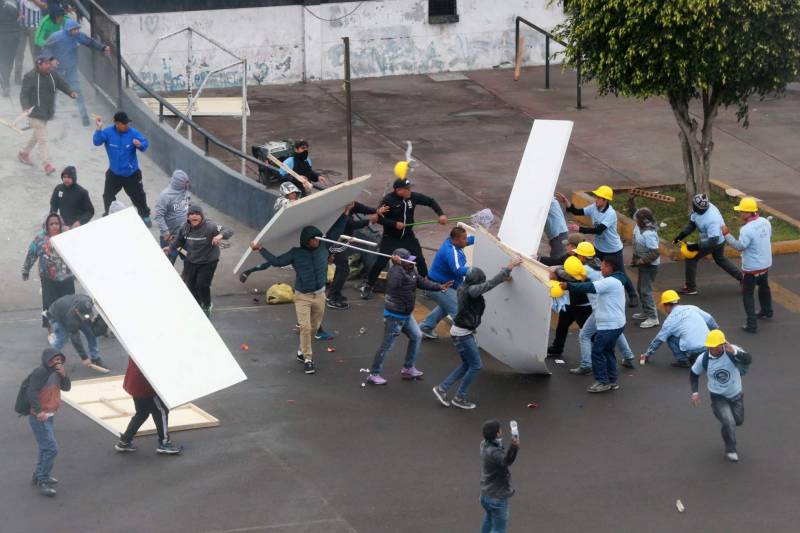 A soccer stadium in Peru was the site of pitched battle on Monday, but not between two sports teams.

A group of evangelical Christians and the Alianza Lima soccer club both claim to own a swath of land next to the Alejandro Villanueva stadium in Lima, where the club has set up installations used for storage and parking.

Early on Monday, hundreds of members of the religious group El Aposento Alto entered the buildings and painted over the club’s emblems to set up a church, TV images showed.

Soccer fans chased and used sticks to hit members of the religious group, who wore matching shirts and construction hats and shouted “Christ lives!”, according to the video footage.

At least one person was wounded and several were arrested, Gaston Rodriguez, a Lima police chief, told media gathered outside the stadium.

The attorney for El Aposento Alto, Alberto Santana, told local broadcaster RPP that the religious group had documents showing it had legally purchased the property.

The Alianza Lima club disputed that, calling it an illegal “invasion” in a statement and warning fans to remain calm.